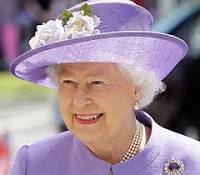 The queen was to have signed a charter enshrining equal rights.

The queen was admitted in a hospital last week for 24 hours for treatment of gastroenteritis, a stomach bug, and decided to take time off to recover from the illness following her discharge.

She was scheduled to attend Monday’s church service at Westminster Abbey as her first public engagement since leaving the hospital.

A Buckingham Palace spokeswoman said the 86-year-old queen was in “great spirits” and would still attend a reception on Monday evening.

“It’s just the tail end of the symptoms,” the spokesman said. “Her condition has not worsened at all.”

At the reception, the queen was expected to sign a charter enshrining the bloc’s core values, including equal rights.

“We are implacably opposed to all forms of discrimination, whether rooted in gender, race, colour, creed, political belief or other grounds,” the charter, which was agreed by Commonwealth heads of government in December, reads.

Though some media portrayed it as the queen’s first explicit endorsement of gay rights, prominent rights activist, Peter Tatchell, however rejected the suggestion, pointing out that it represented progress, but was not enough, since 41 out of the 54 Commonwealth countries still criminalise homosexuality.

“There appears to be a clause in the charter to prohibit discrimination on ‘other grounds’. This could be interpreted to cover homophobic discrimination, but it will be down to the discretion of individual Commonwealth countries,” he said.

The queen’s spokesman also appeared to have rejected the supposed endorsement of gay rights by the queen.

“The Queen, as in all matters, is apolitical but is signing the document in her capacity as head of the Commonwealth,” he said.

MamaYe stepping up for Africa’s mothers and babies