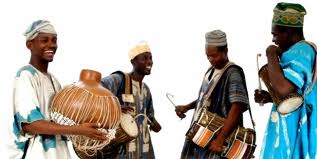 The Pan-Yoruba group says its mission is to protect the welfare of Yorubas regardless of where they are.

A non-political group, the Yoruba Council of Elders, YCE, has concluded arrangements to launch a Yoruba Day Celebration for their kinsmen in the Diaspora.

The Council’s Public Relations Officer in the Diaspora, Gabriel Aramide, made this known at a press conference held in Abeokuta, and said London will serve as the meeting point for the activities. He said the event, which is the maiden edition, is scheduled to take place on August 24 and 25.

Mr. Aramide said the programme will serve as a platform to unite the ‘30 million Yorubas’ who currently reside outside the shores of Nigeria.

The group’s spokesman, who was accompanied by a national executive member of the group, Kadree Adebisi, and the Ogun State Chapter Chairman, Muizi Omonayajo, said the event will be attended by some Yoruba traditional rulers.

He said that as part of efforts to ensure that the language does not go extinct, especially for those in the Diaspora, the body has concluded arrangements for the construction of educational centres where the language will be taught.

“We are also launching a Yoruba Village where all Royal fathers and dignitaries will converge. There is going to be a centre there for the learning of Yoruba language” he stated.

Mr. Aramide, who doubled as the Yoruba Day Coordinator, said that that Yorubas in Nigeria can attend as forms have been made available across the country.

He said to ensure that participants get a visa to attend the event in the United Kingdom; the council has contacted a firm of Solicitors in London, who are now in contact with the British Embassy.

Earlier in his speech, the group’s National Officer, Kadree Adebisi, said the programme had the backing of the headquarters in Nigeria.

Mr. Adebisi said the Council, which was established in 2001, has a mission to protect the welfare of Yorubas wherever they are based.

Nigeria travels to Kenya with depleted squad in Tennis championship