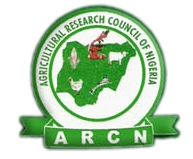 The workers at the Institute of Agricultural Research and Training say the Executive Director should be sacked.

The workers of the Ibadan-based Institute of Agricultural Research and Training, IAR&T, have insisted that unless the institute’s Executive Director, Benjamin Ogunbodede, is relieved of his post, peace will continue to elude the campus.

The institute, a faculty of the Obafemi Awolowo University, OAU, Ile Ife, has been embroiled in crisis for almost a year. The workers in the institution had alleged that the Executive Director and the finance department misappropriated funds totaling N192.5 million.

The workers, representing all sections and departments in the institute, staged another round of protest on Monday where they carried a mock coffin of their boss and placards bearing inscriptions calling for his removal.

Monday’s protest occurred on the ninth month since they started the agitation.

They accused the Vice Chancellor of OAU, Bamtale Omole, of shielding the Executive Director, stating that his refusal to implement the recommendation of the panel he set up to investigate the allegation is not helping matters.

In the breakdown of the misappropriated funds made available to journalists, the Executive Director allegedly withdrew N177.5 million from the institute’s account for the payment of staff hazard allowance, but said the money was never paid to them.

The staffers alleged that the two panels set up by the Vice Chancellor of OAU and the Agricultural Research Council of Nigeria indicted the director, the chief accountant, and the accountant of financial impropriety and recommended that the entire accounts unit of the institute be overhauled.

The panels also reportedly recommended that the Executive Director proceeds on leave for his alleged involvement in the scandal.

Addressing journalists, the Chairman of the Non Academic Staff Union, NASU, Olufemi Oladeinde, called on the authorities of OAU to adopt the report of a panel it set up, led by Prof. E.A. Odu, to investigate the alleged financial mismanagement at the institute.

When contacted, the executive director refused to comment. He, instead, directed journalists to a February 25 report in the Nigerian Tribune newspaper for his reaction.