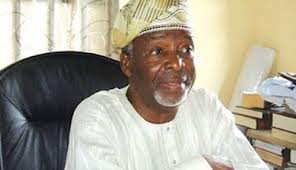 Taofik Kolawole, who claims to be an executive member of the OPC, is accused raping a 12-year-old girl.

The Ogun State chapter of the Frederick Fasheun faction of the Oodua Peoples Congress, OPC, at the weekend, disowned a self-acclaimed member of the congress.

The self-proclaimed member, Taofik Kolawole, is facing a rape charge in court.

The accused was arrested by the police in Kemta Housing Estate, Idi-Aba, Abeokuta, for allegedly raping a 12-year-old girl.

The child had gone to fetch water at the home where the suspect was working as a guard.

During an interview with journalists, the suspect who is standing trial at the Magistrate Court, Isabo, Abeokuta, over the rape charge, said he is one of the executive members of the congress.

In reaction to his claims, the OPC issued a statement saying that Mr. Kolawole has never been its member nor an executive member.

The statement jointly signed by Ebenezer Orebiyi and Tunde Fatoki, Congress Governor and Secretary respectively, said the accused was trying to blackmail the congress, a development they would not tolerate.

“This is to bring to the notice of the public that the Oodua Peoples Congress does not know or affirm one Taofik Kolawole as a member of this group,” the statement declared.

“Taofik Kolawole has been blabbering and making an act of defamation against the Oodua Peoples Congress.”

The statement said the “OPC is a well known group that gives priority to protection of life and property, safeguards the right of individuals or groups with cardinal partnership relations to the law enforcement agencies,which the organisation have been doing effectively for decades. We (OPC) won’t bow down or give in to any individuals or section going about to blackmail our amiable and respected organization.”

The group called for the diligent prosecution of the accused.