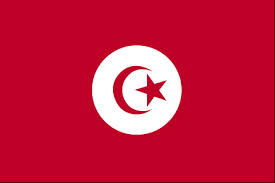 The new government now needs the approval of the Constituent Assembly.

Tunisia’s Prime Minister-designate, Ali Larayedh, on Friday unveiled a new government to lead the country out of the month-long crisis caused by the assassination of a senior opposition politician.

The cabinet, which Mr. Larayedh presented to President Moncef Marzouki, was agreed to by the ruling Islamist party, Ennahda, and the two secular parties.

Several outgoing ministers kept their posts but, in a significant concession, Ennahda yielded control of the key interior, justice, and foreign ministries to independents.

Mr. Larayedh, who was interior minister in the previous administration, told reporters he wanted to get down to work as soon as possible.

“Our country needs work and discipline. We need national unity,” he said.

The appointment of independents to what Tunisians call the “sovereignty ministries” was a key demand of Ennahda’s coalition partners and the opposition.

Lotfi Ben Jeddou, a respected investigating magistrate, was named interior minister; Nadhir Ben Ammou, a professor, was appointed justice minister; and Othman Jarandi, a former ambassador to the UN, was put in charge of foreign affairs.

The remaining ministries were divided between the three coalition partners, with Ennahda receiving the lion’s share.

The new team, which must be approved by the country’s Constituent Assembly, faces an uphill battle to mend the deep divisions between religious and secular Tunisians caused by the murder of Chokri Belaid.

The lawyer and coordinator of the leftist Popular Front coalition, who defended the separation of religion and state, was shot dead outside his home on February 6 by an unknown gunman.

His death, which the opposition blamed on Ennahda, thrust the home of the Arab Spring into its deepest crisis since the revolution that ousted strongman Zine El Abidine Ben Ali in January 2011.

Tunisia’s economy, meanwhile, has yet to recover from the revolution, which has scared away tourists and foreign investors.

To ease tensions, former prime minister, Hamadi Jebali, had offered to form a completely non-partisan government to govern until elections later this year.

New Pope to emerge on Tuesday