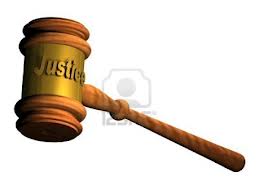 The contractor was hired to tackle the state government over a piece of land.

An Ibadan-based businessman, Niyi Dada, has petitioned the office of the Oyo State Commissioner of Police, alleging threat to his life.

Mr. Dada is the Managing Director of STAD Property Limited, the company hired by some families to tackle the Oyo State Government over a piece of land in the state capital.

Covering over 400 acres, the land has been a subject of controversy between the families and the government since the latter had refused to release it to the former.

The land, which was originally part of the land acquired by the Federal Government at Alalubosa area of the city to erect a permanent site for the National Institute of Horticultural Research, NIHORT, was later ceded when it could not be put to use.

While the Federal Government had directed that it be returned to the owners, the state government refused, prompting the owners to file a suit.

Claiming that he had been having strange encounters since the beginning of the tussle, Mr. Dada sought the intervention of the police to protect his life.

The petition, signed on his behalf by Idowu Alabi, a lawyer from Emmanuel Chambers of Afe Babalola and Co., Ibadan, averred that the disagreement between the affected families over what should be paid to him as professional fee is setting the families apart.

“Specifically, on the 3rd of August, 2012, a team of armed men suspected to be hired assassins invaded the home of Niyi Dada, the Managing Director of our client at No 1, Niyi Dada Close, Oluyole Extension, Ibadan, but, met a heavy resistance from the security personnel at the quarters and several gunshots were exchanged”, the petition stated.

The petitioner appealed to the police boss to use his office to “investigate this matter through the identified vehicles or other means that your professional judgment may direct in order to determine those who came to our client’s premises on the 26th day of February, 2013 and their mission at that odd hour of the day”.