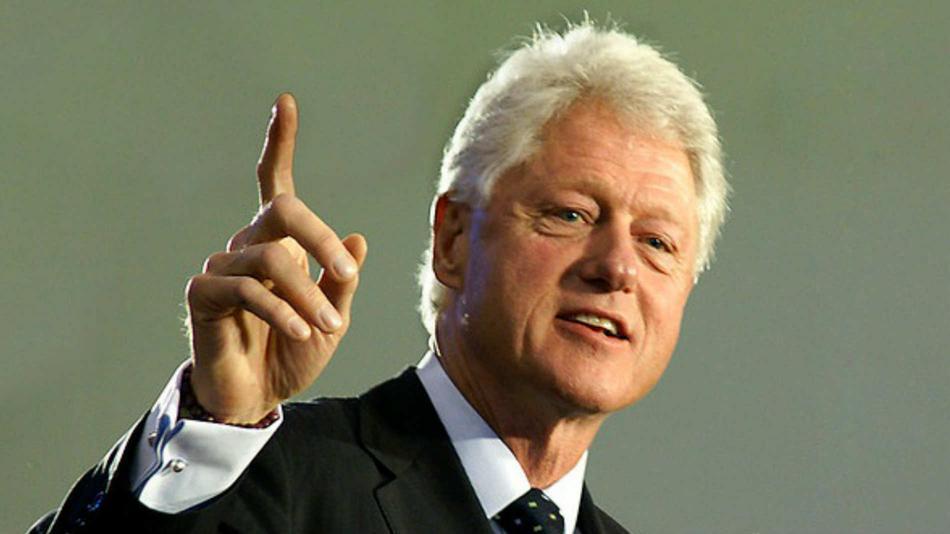 Former U.S. President Bill Clinton said Tuesday Nigeria’s challenge of terrorism in the north was being fuelled by extreme poverty that increases by the day, an evaluation he once offered during a previous visit to Nigeria. It is also an evaluation Nigeria’s President Goodluck Jonathan hates to hear.

“You have to somehow bring economic opportunity to the people who don’t have it. You have all these political problems — and now violence problems — that appear to be rooted in religious differences and all the rhetoric of the Boko Harams and others. But the truth is the poverty rate in the north is three times of what it is in Lagos,” the former president said.

Mr. Clinton remark must have irritated President Jonathan who has repeatedly dismissed poverty or misrule as responsible for the surging terrorism and violent crimes in the North of Nigeria.

In his recent infamous interview with  CNN’s Christian Amanpour, Mr. Jonathan vehemently objected to the suggestion that widespread poverty, massive corruption and misrule were the possible root causes of terrorism in Nigeria.

But Mr. Clinton said clearly Tuesday, not minding the discomfort his comment might cause the Nigerian government, that the administration will have to cut down inequality and lift more people out of poverty if it truly wants to eradicate extremism.

He said Nigeria needs to adopt a political structure that gives more power to the local and state governments, to decentralize governance and deliver prosperity to the rural areas.

“You have about three big challenges. First of all, like 90 per cent of the countries who have one big resource, you have a number of ways with your own money. It shows you have different ways. Now you are at least not wasting the natural gas, you are developing and selling it through the pipelines. You have to do better job of managing the natural resources,” Mr. Clinton said.

“Secondly, you have to somehow bring economic opportunities to the people who don’t have. This is not a problem specific to Nigeria. In almost every place in the world, prosperity is heavily concentrated in and around urban areas.

“You have to have both powerful state and local governments and a national policy that work together.

“If you just keep trying to divide the power if you will, into loosening strategy, you have to figure out a way to have a strategy that will help share the prosperity.”

The former U.S. president has raised similar observation in his past visits to Nigeria, only to draw criticisms for them, with many challenging the assessment as not reflecting the Nigerian reality.

While analysts agree poverty thrives in the country, they argue that it affects every part of the country and as such cannot be cited as a justification for regional extremism.

He spoke in Abeokuta, Ogun state on Tuesday where he attended the ThisDay newspaper award. The event was also attended by former Nigerian President Olusegun Obasanjo amongst other dignitaries.

The event witnessed a dramatic start as guests protested a call by the moderator for the rendition of the American National Anthem, before Nigeria’s.

Guests were already seated when the award organizer, Nduka Obaigbena, publisher of Thisday Newspapers; and the Ogun State Governor, Ibikunle Amosun; ushered in Mr. Clinton. Then, the Master of Ceremony announced that the American Anthem was to be played followed by the Nigerian anthem.

A change was effected. The Nigeria national anthem was sung, followed by Ogun State anthem while the American anthem was eventually dropped.