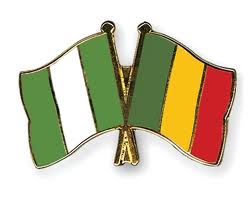 The items include food items, beddings, clothing and detergents

Nigeria has handed over 1110 metric tons of assorted relief materials to Malian government for the country’s population displaced by more than a month of French-led military operations against Islamist militants in the north.

The National Emergency Management Agency, NEMA, said the items including foods, clothing, household utensils, detergent, antiseptic, mosquito nets and beddings, were transported in 37 trucks and delivered in Bamako, the capital of Mali on Saturday.

Nigeria is backing the military campaign in Mali with over 500 of its military personnel deployed.

The Director General of NEMA, Muhammad Sani-Sidi, said that the relief intervention was on the directive of President Goodluck Jonathan who urged urgent delivery of the emergency materials to the affected population in addition to the deployment of a contingent of the Nigeria military to ensure return to normalcy in Mali.

Nigeria’s Ambassador to Mali, Iliya Ali Nuhu, who presented the items to Malian minister of humanitarian affairs, Mamadou Sidibe, at the Nigerian Embassy in Bamako, said the humanitarian gesture was in line with mutual cooperation and the friendly relations between the two countries.

Mr. Sidibe described the gesture as timely and thanked Nigeria for the effort which he said will further strengthen the existing ties between the two countries.

“Our country and people indeed appreciate Nigeria’s participation in the ongoing military support mission in northern Mali and we shall remain grateful for this gesture”, he said.