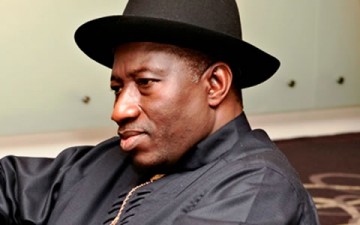 The Federal Government has been ordered to pay N37.6 billion as compensation within 21 days to the people of Odi in Bayelsa State over the invasion of the community by armed soldiers in 1999.

On Tuesday, Justice Lambi Akanbi of a Federal High Court in Port Harcourt, gave the order while ruling on a N100 billion suit filed by the people of Odi.

Following the killing of 12 policemen by armed gangs based in Odi on November 5, 1999, the Olusegun Obasanjo administration deployed soldiers to the town on November 20, 1999. Three days later the town was completely left in ruins.

While delivering the judgement, Mr. Akanbi berated the government for the “brazen violation of the fundamental human rights of the victims to movement, life and to own property and live peacefully in their ancestral home.”

He said the soldiers completely destroyed the town. He dismissed the argument of counsels to government that no inhabitant of the community was killed except members of the armed gangs and that no property was destroyed as untrue.

Mr Akanbi said no compensation was enough to repair the loss suffered by the people but that he arrived at the compensation based of the estimate provided by professional valuers.

Making reference to various statements by government officials, including that of President Goodluck Jonathan, the National Assembly as well as video evidence of the invasion, the judge described the content of a government counter affidavit as “worthless.”

Lead counsel to the Odi people, Lucius Nwosu, a Senior Advocate of Nigeria (SAN), in comments credited to Mr. Jonathan showed that the soldiers did not kill any member of the gangs accused of killing the policemen but helpless members of the community.

“It was only old men, women and children, who could not run, that were massacred in that military operation,” he said.

“A situation where you turn guns and artillery purchased with taxpayers’ money against the taxpayers, is a call for sober reflection and a matter of serious concern. It calls for atonement for the dead and compensation for the living, for the trauma and loss they have been made to suffer as refugees and loss of their precious homes, loved ones, friends and objects of reverence,” he said.

Throughout the proceeding the counsels to the Federal Government and the military did not make any formal appearance.

They however filed an application yesterday asking the court to delay ruling until they state their case.

The federal government’s lawyers argued that they did not get any invitation from the court. Court records show they actually received invitations but refused to honour them.

Autopsy reveals cause of Goldie’s death