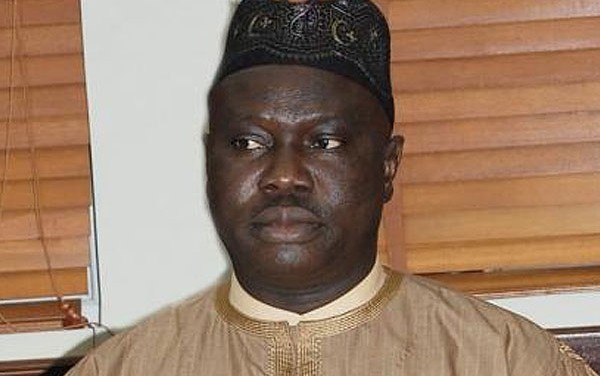 The trial of the Speaker of the Lagos State House of Assembly, Adeyemi Ikuforiji, by the Economic and Financial Crimes Commission, EFCC, began on Tuesday with the commission detailing how the accused funnelled over N36 million legislature’s money into his personal accounts.

Mr. Ikuforiji and his aide, Oyebode Atoyebi, are facing a 20-count charge of money laundering, and conspiring and accepting cash payments to the tune of N500 million from the House without going through a financial institution.

An EFCC investigator, Adeniyi Adebayo, being led in evidence by the anti graft agency’s counsel, Godwin Obla, narrated how various sums of money was paid into Mr. Ikuforiji’s bank account in one year.

Between July 2010 and August 2011, N36.52 million from the House of Assembly’s Cash Office were deposited into the Lagos Speaker’s private bank accounts, according to Mr. Adebayo.

“Part of the cash received from the cash office of the Accounts Department of the Lagos House of Assembly by the second accused (Mr. Atoyebi) was used to run errand for the first accused (Mr. Ikuforiji),” Mr. Adebayo told the court.

“I cannot remember what specifically the errands were,” he added.

Both accused sat in the dock of the overcrowded court room, Mr. Ikuforiji, in dark sun glasses, focusing his attention on the trial judge.

The EFCC counsel tendered an exhibit before the court, a statement purportedly made by Mr. Atoyebi in October 12, 2012, in which he admitted to have collected the various cash payments from the Assembly’ s Cash Office and how he deposited the N36.52 million into Mr. Ikuforiji’s bank accounts.

In addition to allegedly converting state funds to private use, Mr. Ikuforiji was further accused by the EFCC of signing off various sums of money under shady circumstances.

The commission said that they possess statements by other members of the House of Assembly and civil servants in the state legislature detailing such jamboree payments.

For instance, Bolaji Ayinla, a member representing Mushin Constituency 11, stated how, with the speaker’s approval, he collected N22 million in cash for members of the House of Assembly and the staff of the legislature for the 2011 Ramadan celebration.

Lambo Abosede, a civil servant, stated how she paid N7 million to Tell magazine in April 7, 2011.

Another civil servant, Toyin Atekoja, who works at the House’s Accounts Section stated that “various cash payments were made to various persons.”

According to the EFCC, Ms. Atekoja said that 14 members of the House each received N1,128,859, in cash, for the second conference and annual general meeting of Commonwealth Parliament Association held in Kigali, Rwanda.

Okechukwu Okeke, the trial judge, fixed March 19, 20 and 21 for continuation of trial.

Mr. Ikuforiji and his aide were arraigned in March last year but the trial had witnessed several frustrating delays leading to opposition parties questioning the seriousness of the EFCC to prosecute the Lagos Speaker.

The speaker, who had declared an interest to run for governor in the state, in 2015, was initially arraigned before Justice John Tsoho in December 2011.

Mr. Tsoho chose to opt out of the case for undisclosed reasons.

Although Mr. Okechukwu, the current judge is due for retirement in May; he turned down the EFCC’s application to stay the trial proceedings and re-assign the case to another judge.

The EFCC had stated that Mr. Adebayo is the first of the “numerous” witnesses it would produce to testify before the court.

If the trial does not end before Mr. Okechukwu’s retirement, it would be transferred to another judge who would begin afresh.