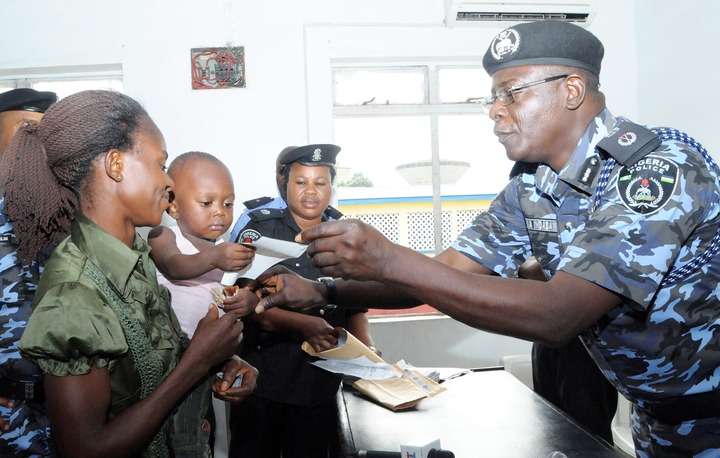 Presentation of cheques to folks of late police officers in Rivers state.

Nigeria Police pay N500,000 each to families of 17 police officers killed on duty

Mohammed Abubakar says N8.5 million worth of insurance was paid to 17 dependents of police officers who died while serving.

The Inspector General of Police, Mohammed Abubakar, said on Monday that the police paid N8.5 million insurance cover to 17 dependents of police officers who died in service in zone six.

The police boss, who was represented by the out-going Commissioner of Police in Rivers, Mohammed Indabawa, said this in Port Harcourt while distributing the cheques to beneficiaries.

He said each beneficiary received N.5 million under the police insurance scheme.

Mr. Abubakar said out of the officers that died, four were from Rivers Command, saying that the state government also released N1 million each to the four families.

He said the ceremony was expected to take place in Abuja but police decided to decentralise the exercise.

The inspector general urged the beneficiaries to spend the money judiciously.