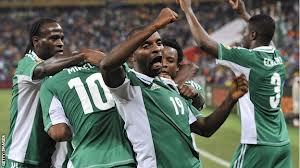 The banker died at a Lagos hospital.

A retired banker, Felix Bassey, 65, died on Sunday while watching the final match of the just-concluded Africa Cup of Nation (AFCON) between Nigeria and Burkina Faso.

The News Agency of Nigeria reports that it gathered from a reliable source at The Eko Hospital, Ikeja, that the deceased is believed to have died of a heart-related ailment while watching the match at his residence in Akute area of Lagos.

Mr. Bassey, who slumped during the match, was rushed to the hospital, where he was pronounced dead by doctors on duty.

The source, who pleaded anonymity, said that a member of the family confirmed that late Mr. Bassey had been hypertensive prior to his death.

“The wife, one of the matrons in the hospital, happened to be on night duty when Bassey was rushed to the hospital,’’ the source said.

The remains of the deceased has since been deposited at the hospital morgue.