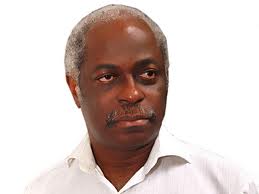 Article of Faith: God Does Not Know Who Will Be Saved, By Femi Aribisala

The salvation of God is not predetermined.  Neither is it discretional nor based on God’s unmerited grace.

Jesus’ teaching reveals that God has made a sovereign decision not to know the heirs of salvation beforehand.  He knows few will be saved but refuses to know who will be saved.

This means the salvation of God is not predetermined.  Neither is it discretional nor based on God’s unmerited grace.  Rather, it is based strictly on our works, which is another word for fruitfulness.  Jesus says: “Every tree that does not bear good fruit is cut down and thrown into the fire.” (Matthew 7:19).

Jesus says a man planted a fig-tree with care in his vineyard.  However, it refused to be fruitful: “Then he said to the keeper of his vineyard, ‘Look, for three years I have come seeking fruit on this fig tree and find none. Cut it down; why does it use up the ground?’ But he answered and said to him, ‘Sir, let it alone this year also, until I dig around it and fertilize it. And if it bears fruit, well. But if not, after that you can cut it down.’” (Luke 13:6-9).

Of course, God is the owner of the vineyard; Jesus is the vineyard-keeper; and Israel is the proverbial fig-tree.  Isaiah says: “The vineyard of the LORD of hosts is the house of Israel, and the men of Judah are his pleasant plant. He looked for justice, but behold, oppression; for righteousness, but behold, a cry for help.” (Isaiah 5:7).

Therefore, observe that God, the vineyard-owner, did not know if Israel, his fig-tree, would be fruitful.  Jesus, the vineyard-keeper, even pleaded for one more year of grace before it was cut down.  This extra time came through the ministry of Jesus.  But when Israel nevertheless persisted in unfruitfulness, Jesus then declared: “The kingdom of God will be taken from you and given to a nation bearing the fruits of it.” (Matthew 21:43).

This indicates neither the Father nor Jesus knew beforehand if the fig-tree would bear fruit.  Judgment was only passed after it refused to be fruitful.  If they knew the result beforehand, there would have been no point in giving Israel a year of reprieve.

Jesus even gives a live parable of this deliberately circumscribed omniscience of God.  He sees a fig-tree but does not know if it has any figs: “He went to see if perhaps He would find something on it. When He came to it, he found nothing but leaves, for it was not the season for figs. In response Jesus said to it, “Let no one eat fruit from you ever again.” (Mark 11:12-14).  Thereby Jesus, who knows all things, nevertheless demonstrated he did not to know if Israel, God’s fig-tree, had figs.

Jesus says: “The kingdom of God is as if a man should scatter seed on the ground, and should sleep by night and rise by day, and the seed should sprout and grow, he himself does not know how. For the earth yields crops by itself.” (Mark 4:26-28).  But how can it be said that God, who is surely the sower, “does not know how” the seed grows into a crop?  Apparently, God made a sovereign decision not to know because he wants to allow it to grow “by itself.”

Moreover, God is, by deliberate design, a “bad” farmer.  He sows his seed everywhere and anywhere.  As a result, Jesus says: “Some seed fell by the wayside; and the birds came and devoured them. Some fell on stony places, and because they had no root they withered away. Some fell among thorns, and the thorns sprang up and choked them. But others fell on good ground and yielded a crop: some a hundredfold, some sixty, some thirty.” (Matthew 13:4-8).  This shows God does not predetermine the soil on which the seed of his word is sown.

In Jesus’ parable of the wheat and the tares, God the farmer “goes to sleep” and is unaware that an enemy had sown tares among his wheat. When this is brought to his attention, he refuses to intervene, saying: “Let both grow together until the harvest.” (Matthew 13:24-30).

When we turn to the parable of the Prodigal Son, Jesus presents God as a Father so “hands-off” with regard to the moral choices of men; he allowed one of his sons to collect his inheritance prematurely and depart from him.  The Prodigal Son went to reside in a “far country” (representing this world) which, to God the Father, is the realm of the dead. (Luke 15:24).  The Father did not know if his son would rise from the dead.  That depended entirely on his son.

It is ludicrous that Paul, a mere man, claims to know those whose names are retained in the Book of Life. (Philippians 4:3).  He even awards presumptuously to himself the reward of heaven, saying: “I have fought the good fight, I have finished the race, I have kept the faith. Finally, there is laid up for me the crown of righteousness, which the Lord, the righteous Judge, will give to me on that Day.” (2 Timothy 4:7-8).  Paul needs to listen to Jesus: “whoever exalts himself will be humbled, and he who humbles himself will be exalted.” (Matthew 23:12).

David must have been referring only to the duration of his earthly life when he said: “All the days ordained for me were written in your book before one of them came to be.” (Psalm 139:16).  If indeed names are written in the Book of Life from the foundation of the world. (Revelation 17:8); then all names must be so-written until some are confirmed and others blotted out.  Jesus says: “He who overcomes shall be clothed in white garments, and I will not blot out his name from the Book of Life.” (Revelation 3:5).  The fact that some names are blotted out shows salvation is not predetermined.  Thus, when Moses told God to blot his name out of his book if he would not forgive the sins of the Israelites; God replied: “Whoever has sinned against me, I will blot him out of my book.” (Exodus 32:32-33).

Jesus reveals that God does not preview the final outcome of men’s lives until Judgment Day.  We do this as well.  Even though we have the option of fast-forwarding a DVD to preview the ending, most of us choose to watch it in its proper order; from beginning to end.  God picks and chooses the parts he wants to preview in order to give divine revelations to his prophets.  But, by and large, he has chosen to wait and allow things to unfold by themselves.

This makes God’s omniscience inherent rather than total.  God chooses to limit his omniscience in order to preserve the freewill and dignity of his creatures, and to ensure he is completely unbiased in salvation.  He determines the heirs of salvation strictly through the particular details of men’s lives.

Thus, John says: “I saw the dead, small and great, standing before God, and books were opened. And another book was opened, which is the Book of Life. And the dead were judged ACCORDING TO THEIR WORKS, by the things which were written in the books.” (Revelation 20:12).

In Nigeria, You’re Either Somebody or Nobody, By Adaobi Tricia Nwaubani