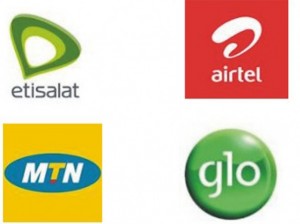 A correspondent, who spoke with some of the subscribers, reports that they were happy for the prompt compliance by telecom operators.

The operators, including MTN, Globacom, Etisalat and Airtel, complied with the uniform charge as directed by the Nigeria Communications Commission, NCC.

The directive for a uniform SMS charge was communicated to the operators on January 3, while the enforcement commenced on Tuesday.

Some of the operators sent messages to their subscribers to indicate their commencement of the new tariff.

“Dear Customer, effective February 5, 2013, all SMS sent to Airtel lines and other networks will be charged at N4 or less.  International SMS remains N15,” Airtel said in a message to its subscribers.

Omosola Ojo, a civil servant, said that it was a welcome development that was long overdue.

He explained that this would go a long way to encourage subscribers to stick to their networks.

“I am happy that I can now send SMS to all other networks at the rate of N4 instead of the previous N10 to N15 charged for other networks. Apart from the unstable network services, the outrageous charges also contributed to the reason why many subscribers had more than one line to cut down expenses on communication.

“We are looking forward to seeing more of this “even zero naira’’ for SMS as value added to service subscribers,’’ Mr. Ojo said.

Also speaking, Amaka Okeke, a businesswoman, said that this was a big plus for NCC, adding that the regulator needed to do more in the area of service delivery, especially in drop calls.

“Now we know that there is a regulatory body that is doing what they are suppose to do, we want them to do more in the area of quality of service.

“You can imagine you are being charged N15 outside the network you are using, now we don’t need to pay much money before sending SMS,’’ Ms. Okeke said.

Rosemary Chukuma, a student, also said that the directive was a plus for NCC, adding that it came at the right time, especially in the season of Valentine.

She said that students would take advantage of the new charge, adding that SMS was the cheapest way to express love, especially in the season of Valentine.

“It is a great improvement; NCC should not relent to ensure that they monitor the telecom operators and ensure they do not defraud subscribers through other means.

“NCC should try and do something in the area of drop calls. I don’t think these operators should charge drop calls,’’ Ms. Chukuma said.