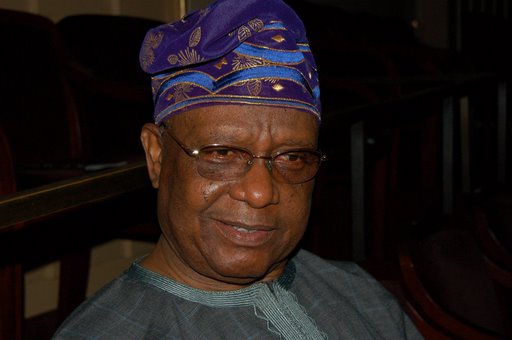 The suspects were paraded by the police in Oyo State.

The kidnappers of Titilayo Rotimi, wife of retired Army General and former Military Governor of the defunct Western Region, Oluwole Rotimi, were paid N13 million before they released their victim.

This was disclosed in Ibadan on Monday by Godwin Mfom, leader of a four-man gang, arrested by the Oyo State Police Command over the abduction of the businesswoman.

Mr. Mfom told journalists at the Police Headquarters that the sum, which they collected from the family of the deceased, was part of the N40 million they demanded for her release.

According to him, they took the delivery at J4, a transit settlement in Ijebu North Local Government Area of Ogun State.

The police paraded three of the suspects on Monday, saying the fourth member of the gang had died.

While presenting the suspects to the press, the Oyo State Commissioner of Police, John Mbu, said the command is widening its dragnet to effect the arrest of other suspects.

He disclosed that the suspects were arrested in a location in Ogun State and vowed that never would such incident happen again in his Command.

Mrs. Rotimi was abducted on December 10 last year at the frontage of her Oak company premises along Alakia area of Ibadan in the presence of her driver. She was released ten days later at Ijebu Ode in Ogun State by her abductors before being flown abroad for medical checkup.

Mr. Mbu further said that all her personal staff arrested in connection with the abduction had been released.

Among the paraded suspect, the police chief said, was one of the former employees of the abducted, promising to charge them to court in due course.

Also paraded on Monday were two persons, who allegedly attempted to smuggle a stolen tanker. The suspects, who, according to police, robbed the Lagos-bound tanker at gun point, were arrested around Jobele in Afijio Local Government Area of the State.

The police boss explained that the suspects are already helping the command to arrest other suspects who escaped during an encounter with the police.

Kano bye-elections show Nigerians are behind us- PDP