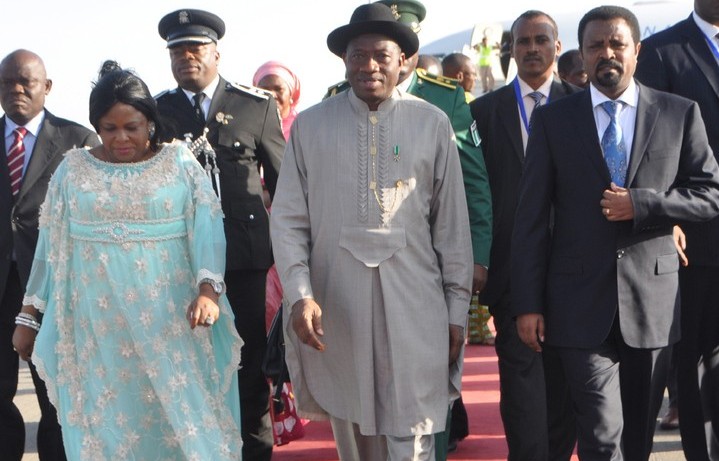 Officials, who made the trip, from the presidency to ministries and agencies, averaged 200, making the Nigerian delegation the largest at the conference, top officials, who were also part of the trip, said. They pleaded anonymity for fear of being punished by the administration.

That implies the government spent between N93.1 million and N165.8 million to cover their transportation, accommodation and the notorious duty tour allowance, DTA, codenamed estacode in government circles, our estimate shows.

“The Nigerian delegation was the largest country delegation and some of us felt really concerned,” he said. “A lot of people who have no reason being there went with us. They were on a jamboree on taxpayers’ expense.”

Such outsized teams, a regular feature of Nigerian government travels, critics say, suggest that despite criticisms, Nigerian authorities are nowhere willing to scale down on wasteful spending.

The AU meeting, which held between January 21 and 28, discussed mainly the conflict in Mali, where a French-led military campaign is rooting out Islamist rebels from Mali’s north, and the tension between Sudan and South Sudan.

Top level negotiations at the highest level of governments saw Nigeria pledging $5 million for the operations and undertaking the refurbishment and reconstruction of a number of military clinics in Mali to the tune of US$ 5.5 million, according to presidential spokesperson, Reuben Abati.

Even with such weighty matters discussed, diplomats say Nigeria didn’t need the kind of unwieldy team it took to the summit. On the presidential delegation were “sundry domestic servants and cronies of the First Lady such as Bola Shagaya,” our sources, revealed.

Ms. Shagaya is an Ilorin-based socialite, and a trusted associate of the first lady well-known for being in the company of past first ladies in Nigeria. She is often on the entourage of first ladies for domestic and international events.

Each of the delegates lodged at the Sheraton Hotel in Addis Ababa, the first African hotel to join the prestigious Luxury collection. The hotel’s second cheapest room, the executive room, goes for N52, 662 a night while the cheapest, the club room, goes for N43, 230.

It was not clear which option the Nigerian delegates chose, or whether they maintained separate rooms apiece. If that happened, for say, the second cheapest room, the arrangement would cost a party of 200 N10.5 million a night and at least N42.1 million would have been spent for a minimum of four days.

Although the event commenced January 21, Mr. Jonathan arrived in Addis Ababa on January 26.

The president had earlier attended the World Economic Forum in Davos, Switzerland, cutting short his trip and returning to Abuja for “pressing state functions” on January 24, Mr. Abati said in a post on his Twitter handle.

Mr. Abati could not be reached for comments. Calls to his telephones were unanswered Wednesday and Thursday.

The longest the delegation could have stayed in Addis Ababa for the event is nine days. The president retuned to Abuja on Tuesday, January 29.

For transportation, each of the delegates would have paid N174.7 thousand for an Ethiopian Airline return economy ticket to Addis Ababa. For 200, that amounts to N34.9 million.

With DTA at a conservative average of N20, 000, at least N4 million could have been paid to delegation members daily.

By our conservative estimate, for four days average, the total cost of the trip, including estimated expenses, would be N93.1 million and N165.8 million for nine days.

Nigerian officials have a history of abusing the payment of the DTA. In 2009, the Director General of the Institute for Peace and Conflict Resolution, Joseph Golwa, faced allegations for such abuse prompting calls for investigation.

Mr. Golwa paid out about N1million as duty tour allowance to 15 senior staff of the organization who, in May 2009, attended his daughter’s wedding in Jos, the Plateau State capital. The allowances were paid even when the apparently private event was held on a Saturday.