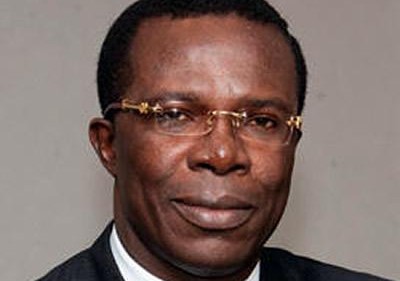 The Central Bank of Nigeria, CBN, at the weekend wielded the big stick on Access Bank over alleged serial violation of stipulated customer lending rules and regulations to undermine the interest of its shareholders.

The apex bank said Access Bank’s management, led by its Group Managing Director. Aigboje Aig-Imoukhuede, was fined N3 million for contravening stipulated guidelines for approving loans to certain customers in a way capable of exposing the bank and its shareholders funds to serious risks.

CBN’s regulations forbids commercial banks and other financial institutions in the country from lending more than 10 per cent of its paid up capital to directors or their affiliate companies under any condition.

The CBN said one of the bank’s non-executive directors, Cosmas Maduka, the Managing Director of Coscharis Group, was working with two other Access Bank directors, Gbenga Oyebode and Tunde Folawiyo, to undermine the law by approving illegal loans to companies that had links with them.

Consequently, the CBN directed that Mr. Maduka, should be sacked from the board with immediate effect, apparently in response to the controversy that trailed allegations by the Managing Director, Capital Oil and Gas Limited, Ifeanyi Uba, that he facilitated a N34.4 billion from Access Bank to finance the importation of petroleum products into the country.

Curiously, Access Bank in a statement to the Nigerian Stock Exchange, NSE, recently announced Mr. Maduka’s “retirement” from its board, claiming the decision was “sequel to his completion of the maximum 12 year term as provided by CBN’s Code of Corporate Governance for banks.”

According to the CBN, the trio contravened Section 20(1) of [PDF] Banks & Other Financial Institutions Act, BOFIA, 1991(as amended), by granting a N38.4 billion credit facilities to Westcom Group in excess of its single obligor’s limit of N36.4 billion.

“Contrary to the CBN circular No. BSD/9/2004 of 16th July, 2004, which stipulates that credits to directors and their related companies shall not exceed 10% of the paid-up capital without the CBN approval, the bank (Access) granted to its following directors; Mr. Gbenga Oyebode, Dr. Cosmos Maduka and Mr. Tunde Folawiyo, facilities in excess of ten percent of its paid-up capital without the necessary regulatory approval,” the CBN said.

“Consequently, penalties totaling N3,000,000.00 is imposed on your bank for the above infractions,” the apex bank stated in a letter confirming the fine to the bank.

Access Bank, whose Managing Director, Aig- Imoukhuede is the head of the Presidential Committee on Verification and Reconciliation of Fuel Subsidy Payments, has been accused variously by some of the indicted petroleum products marketers in the controversial fuel subsidy probe of being responsible for financing over 40 per cent of all the controversial imports. Ubah had accused Mr. Maduka, of allowing himself to be used by Aig-Imoukhuede and the Minister of Finance and the Coordinating Minister for the Economy, Ngozi Okonjo-Iweala, to destroy him and his business.

“Everyone knows that everything about oil and gas transactions are done in Access Bank. Access Bank controls 60 per cent of all importations in this country. It is either you obey their laws or you would be indicted,” Mr Ubah had said in a recent television interview.