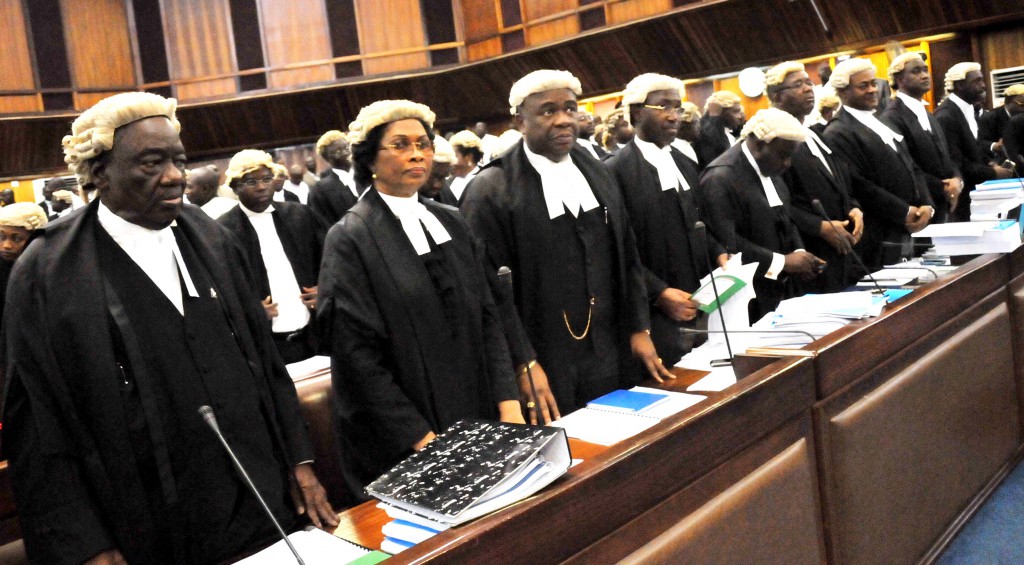 Photo of Nigerian Lawyers used to illustrate the story

Some lawyers in Lagos have attributed the reluctance in the prosecution of rape cases on the non-reporting of the act by the victims.

The lawyers made this known in separate interviews in Lagos on Thursday.

They said that efforts should be made by rape victims to ensure that the cases were reported to appropriate authorities.

Taiwo Osipitan, a Lagos-based lawyer, said that a major cause of lack of prosecution for the offence stems from the ignorance of the victim to lay report to appropriate authorities.

Mr. Osipitan, a Professor of law at the University of Lagos, said that the bold ones relent in reporting, due to the adverse publicity on issues of rape.

He said that if a larger number of these individuals come out boldly to report on such incidents and ensure a follow-up, then there would be diligent prosecution.

Another lawyer, Festus Keyamo, said that the problem hindering prosecution of rape was the lack of desire by the victims to pursue the case to a logical conclusion.

According to him, it is one thing to allege being raped and another to make a report and proceed with the prosecution of the offence.

Mr. Keyamo attributed the situation to the complacency of the society and the nature of the act, which most victims perceive could attract stigmatisation and tarnish their image, if made public.

He said that the courts become handicapped, where no report was made on such offence because “the court is not a Father Christmas that dishes out justice where none is sought’’.

Another lawyer, Spurgeon Ataene, said that some Nigerian societies deal lukewarmly with cases of rape.

Mr. Ataene said some families would even conspire with the perpetrators of the dastardly act to conceal the act so as to protect the image of the victim.

According to him, the first point of call and solution to the situation should be the orientation of female minors on the consequences of rape and the need to make a report.  He suggested that additional non-governmental organisations should be set up to protect the interest of victims of rape and assist in the prosecution of its perpetuators.

He also urged prompt reportage on cases of rape to appropriate authorities and a thorough follow up of such cases to logical conclusion.