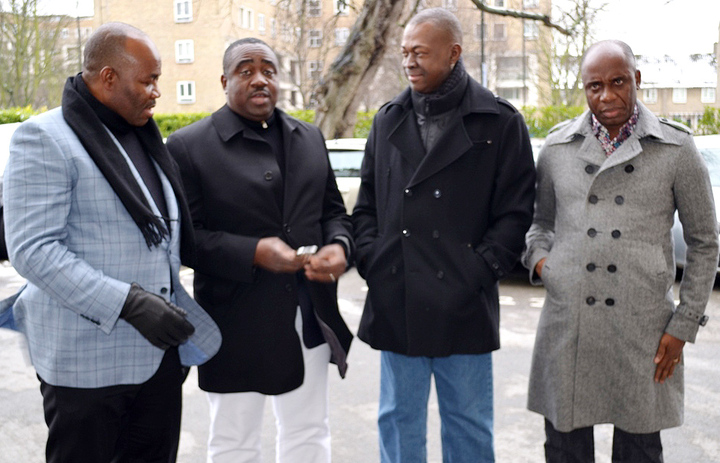 The Chairman of the Nigeria Governors Forum, Rotimi Amaechi, led two of his colleagues, on a visit to the ailing Governor of Enugu State, Sullivan Chime.

Mr. Chime is currently in a London hospital where he is being treated for an undisclosed treatment.

There had been speculations that the governors had passed on with the opposition in the state calling for his outright replacement.

The Enugu Governor has been away from the state on health grounds for about three months during which period he has been in different foreign hospitals.

The governors later took a photograph with the ailing governor, Mr. Chime, in London.

The picture may have been taken to prove to the opposition that Mr. Chime was indeed recuperating and would soon return to his post.