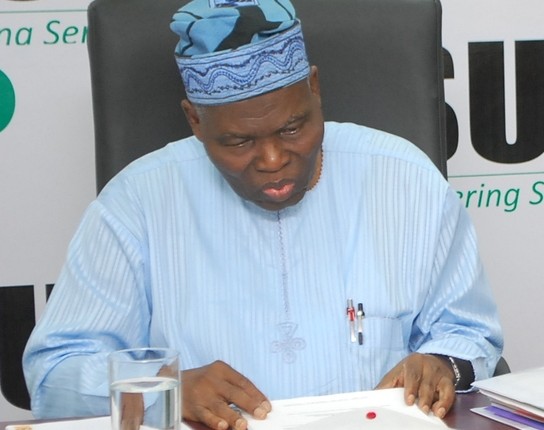 Sure P, which was created to channel recouped from partial removal of fuel subsidy, has been enmeshed in controversies.

Ms. Okonjo-Iweala, alongside ministers of health, Onyebuchi Chukwu; transport, Idris Umar; labour, Emeka Worgu, were scheduled to give testimonies at a House of Representatives hearing on the controversies over implementation of the Subsidy Reinvestment and Empowerment programme, SURE-P.

The Accountant General of the federation, Jonah Otunla, was also to appear at the sitting conducted by the House joint committees on downstream petroleum, finance, states and local government.

All the officials, including Christopher Kolade, who heads the federal government SURE-P, boycotted the meeting, forcing a reschedule, after lawmakers issued their usual threat of sanctions against officials who flout their invitation.

“This intentional act of disrespect will not be condoned,” said chairman of the joint committee, Dakuku Peterside. “I see this as deliberate contempt. But let me warn that we will not tolerate it again. As for ministers, we expect certain level of ethical conduct.”

The hearing is to hold February 12.

The SURE-P, proposed as a palliative after the January 2012 demonstrations which opposed government’s removal of the subsidy, was unveiled to convert funds recovered from the subsidy scrapping, into tangible infrastructures and jobs.

Under the scheme, every state of the federation and the federal capital, Abuja, is to provide a minimum of 10,000 jobs, while new rail, and power projects, are to be implemented with the billions of naira recovered.

The programme, administered by Mr. Kolade and a host of past government and military officials, has been enmeshed in controversies since start, with allegations that huge funds have been misused and pocketed, while the projects have yet to start or be executed or delivered.

The most controversial has been with jobs, with each state reeling out figures about jobs it created in 2012, amid allegations the numbers are untrue.

Across the states, notices of such recruitments have not been issued, yet the claims of new jobs are made.

At the federal capital territory for instance, job recruitments under the scheme, assured by the minister, failed to materialize before last year ending.

Lawmakers ordered investigations after attacking the programme as fraudulent and secretive.

At a budget defence in December, the National Assembly joint committee on petroleum downstream, branded the programme a “scam” that has failed to keep any of its promises of job creation, and accused Christopher Kolade-led SURE-P committee of reckless spending.

The lawmakers accused the subsidy committee of duplicating projects with the ministries, and defrauding the nation by making double payments for projects also financed by the ministries.

The lawmakers were told how the Kolade-led committee spent N2.2 billion on “secretariat services” and another N75 million on travels between July and October.

Another N27 billion was also spent on “Public Works for Youths”, and N8.9 billion for the purchase of 800 buses. Details of how the monies were allocated were not provided to the lawmakers. Another

“The SURE-P funds should not be seen as crude oil money which everybody is sharing,” Magnus Abe, Chairman, Senate Downstream Petroleum Committee, said at the time.