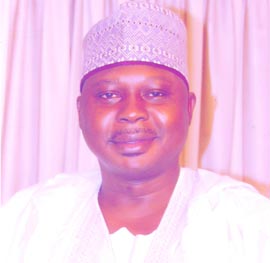 President Goodluck Jonathan has forwarded the names of two new ministers to the Senate for confirmation.

The two nominees are Chinedu Nebo from Enugu State and Kabiru Tanimu from Kebbi State.

Mr. Tanimu, a Senior Advocate of Nigeria, was the gubernatorial candidate of the Action Congress of Nigeria, ACN, in Kebbi State during the 2011 governorship election.

He however decamped, along with the candidate of the Congress for Progressive Change, on the eve of the Supreme Court ordered governorship re-run election, to the Peoples Democratic Party, PDP.

He is scheduled to replace Bello Mohammed, the former National Chairman of the PDP who was sacked by President Goodluck Jonathan as Minister of Defence last year.

The other appointee, Mr. Nebo, a Professor of Metallurgical Engineering, is the Vice Chancellor of the Federal University, Oye Ekiti, Ekiti State.

Mr. Nebo will be replacing another Professor, Barth Nnaji, who was equally sacked by the president as Minister of Power.

Enugu and Kebbi have been without representatives in the federal cabinet of ministers.