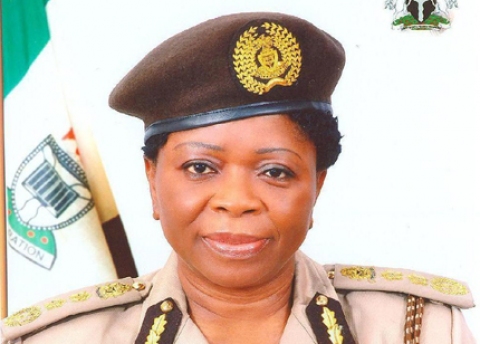 Ms Uzoma was removed from office on Tuesday.

The Federal Government, Tuesday, announced the retirement of the Comptroller General of the Nigeria Immigration Service, Rose Uzoma.

The announcement was made in a letter by R. K Attahiru, the Director/Secretary, Civil Defence, Fire, Immigration and Prisons Services Board, CDFIPB.

Mr. Attahiru signed on behalf of the Minister of Interior and Chairman of CDFIPB, Abba Moro.

No official reason was given for her sudden removal even as she was set to retire from office in a few weeks.

Ms. Uzoma has been in the news for the wrong reasons lately. She was recently accused of conducting illegal and unapproved recruitments in the service for which she was questioned by Mr. Moro.