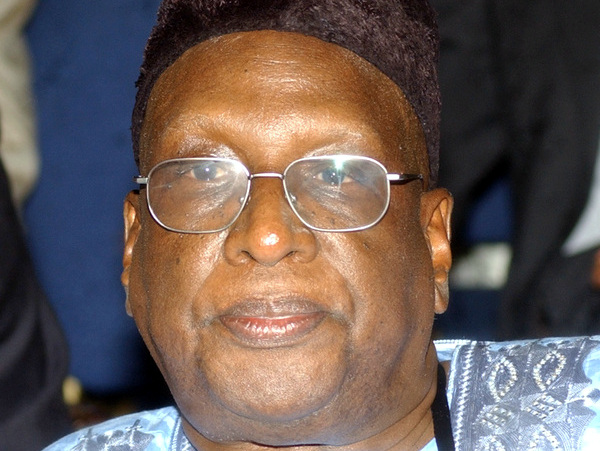 The NWC says there is no feud between the Bamanga Tukur and Olagunsoye Oyinlola.

The Peoples Democratic Party, PDP, said on Tuesday that there is no rift between the Party’s National Chairman, Bamanga Tukur, and recently sacked National Secretary, Olagunsoye Oyinlola.

The statement, however, also shows a clear degeneracy of the PDP crisis.

The NWC said in a statement that “that what happened was nothing more than obedience of a Court judgment and the consequential application of the relevant sections of the Party’s Constitution under the circumstance”.

The statement quoted section 45(1&2) of the Party Constitution which states that “(1) If a National Officer of the Party is removed or resigns from office, he shall immediately hand over to the National Secretary all records, files and other properties of the Party in his or her possession.

No rift between Tukur and Oyinlola

The statement said following the judgement of the Federal High Court, a situation was created for invocation of Section 45 which prompted Mr. Tukur’s directive to Mr. Onwe.

“The matter has absolutely nothing to do with any imagined rift between the National Chairman and Prince Olagunsoye Oyinlola,” the NWC said in a statement.

The NWC said Mr. Oyinlola has appealed against the Court judgement adding that as soon as the appeal is decided, “the Party will, in the same way as it did in the case of the Federal High Court ruling, obey the appeal decision”.

In an obvious sign of the worsening situation within the PDP, the statement was signed by no official of the party.

The signatory was simply the National Working Committee.

In the past, since the inauguration of the PDP leadership elected in March 2012, the National Publicity Secretary of the Party, Olisa Metuh, signs statements from the party secretariat.

When the crisis in the party leadership worsened, each individual started signing his/ her own press statement.

No reason was given for either Mr. Tukur or Mr. Metuh (as traditional) not signing the statement.

However, on Thursday last week, Mr. Metuh released a statement, where, speaking for the NWC, he announced a resolution of the crisis by President Goodluck Jonathan.

“The National Working Committee wishes to further assure all members of the PDP of the unwavering unity of purpose in our ranks. We are united under the able and dynamic leadership of our National Chairman, Dr. Bamanga Tukur. We are ever determined to ensure that the Party fulfills its electoral promises to the people by securing an undiluted compliance of all our members in various positions of authority to a credible performance target,” Mr. Metuh said.

However, when Mr. Tukur, on Monday, announced the replacement of Mr. Oyinlola with the deputy secretary of the party, the PDP chairman signed the statement himself. Before the statement, the party chairman was seen unusually alone at the party secretariat in Abuja on Monday, virtually abandoned by all the other party executives who were said to be meeting somewhere else.

No reason was again given by Mr. Tukur for the non-signature of the party spokesperson.

By Tuesday, when the NWC would release its own statement, no official signed it.

Mr. Metuh, the party’s official spokesperson is keeping mum on the Oyinlola removal. He was not in his office at the party secretariat and is phone was switched off when PREMIUM TIMES tried to reach him.