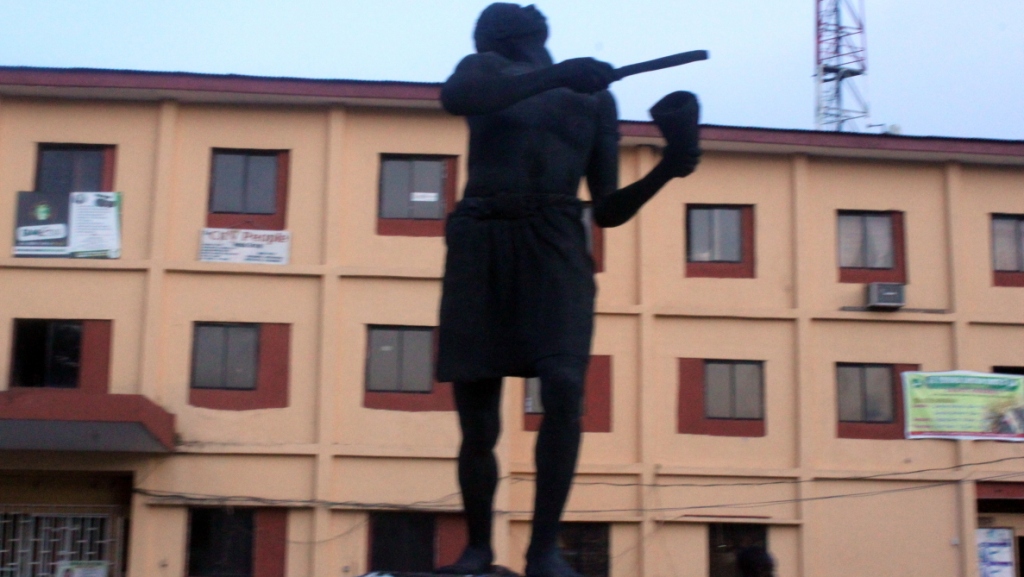 The man attacked the journalist who were investigating a story.

An Ogun State resident, Alao Akala, was on Thursday arraigned before an Abeokuta Magistrate Court for allegedly biting the ear of a journalist.

The 50-year-old was alleged to have committed the offence on January 3, 2013 at Ago-Ika in Abeokuta, Ogun State.

The journalist, alongside his cameraman, was in Abeokuta from Ilorin, to do a story on claims that the late Kwara State politician, Olusola Saraki, has roots in the ancient town.

The accused, who is being charged with assault and unlawful damage, bit the journalist, Saheed Ganiyu, and hit the cameraman, Rasaq Olayiwola, on the head with a tripod.

The Police Prosecutor, Sunday Eiagbejiale, told the court that the accused attacked the two journalists who were carrying out their lawful duty for “no just cause”.

“Akala bit off Ganiyu’s left ear, causing grievous harm and hit Olayiwola on the head with a camcorder stand. It will interest this court to know that the journalists are in Abeokuta from Ilorin to research the claim that Chief Olusola Saraki was from this town.

“As an indigene was giving them the lowdown of how the late Saraki was related to Abeokuta, the accused came midway into the interview, broke the camera and turned the venue upside down,” the police officer told the court.

The prosecutor added that the accused also “maliciously damaged” the journalists’ camcorder camera valued at N300,000, pointing out that the offence contravened Sections 355, 335 and 451 of the Criminal Code Laws of Ogun, 2006.

The accused, who was not represented by a counsel, pleaded not guilty to the two-count charge of assault and unlawful damage. He said he mistook the journalists for prospective buyers of his family property.

The Magistrate, Martins Akinyemi, granted bail to the accused in the sum of N140, 000 with two sureties in like sum and adjourned further hearing to March 3.