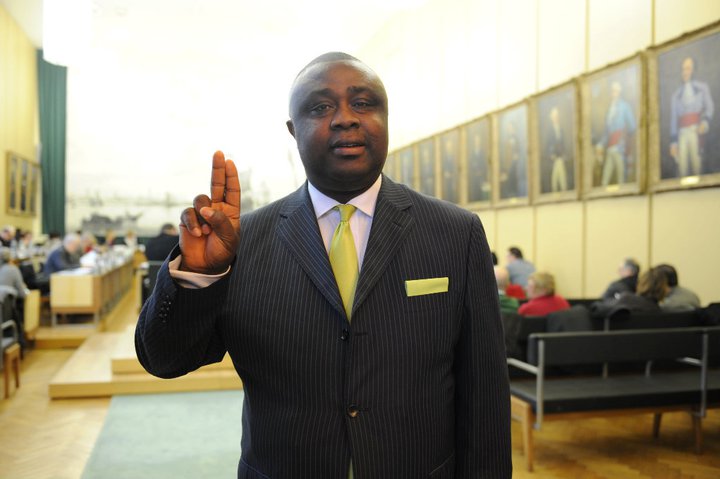 Nigerian sworn in as councillor in Belgium

Mr. Nweke is also the Chairman of Nigerians in Diaspora, NIDO, Europe.

Nigerian-born Collins Nweke, was on Friday sworn in as Councillor of West- Flanders Constituency in Belgium.

Mr. Nweke, a member of the Belgian Green Party, was re-elected last year having made history in 2006 when he became the first non-Belgian born politician to win an elective position in West-Flanders.

The councilor described the last several years to him as a learning curve where some important results were equally achieved.

“I will continue to have my eyes on the ball as far as social policy is concerned, but with an expanded portfolio that includes the economy and international development.

“Small and medium enterprises are the engine of the local economy and a business-friendly environment will not only keep existing businesses in good shape but will attract new investments and create jobs.

“A number of good initiatives are ongoing and obviously these would be continued and enhanced.

“It will also make sense to re-evaluate some economic activities that are liabilities to the local economy,” he told the News Agency of Nigeria’s Western Europe Correspondent.

Mr. Nweke, who spoke on international development, said the challenges of global meltdown were insurmountable.

“I think that the relationship between the western economies and the emerging ones has for too long been based on the wrong premise. He said that partnership, rather than charity, should be the bedspring on which the larger part of the relationship rests.

“The economies of the west are showing signs of saturation, while there are huge developmental potential in the emerging economies. So let’s build a relationship of mutual benefits,” he said.

Mr. Nweke, 46, migrated to Belgium in 1993. He is currently the Chairman of Nigerians in Diaspora, NIDO, Europe.

Hepatitis B vaccine 95% effective in reducing cancer, other ailments – physician