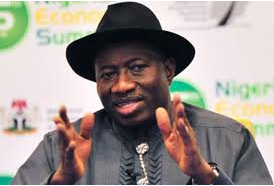 Most of the problems that Nigerians blame on corruption is not caused by corruption, but a wrong attitude among Nigerians, President Goodluck Jonathan has said.

The president, who made the remark in Yenagoa on Saturday during the burial of the former National Security Adviser, Owoeye Azazi, said that corruption was not the only challenge to good governance.

He stressed the need for attitudinal change among Nigerians for the country to make progress.

Mr. Jonathan made the statement in reaction to a remark made by the Catholic Bishop of Bomadi, Hyacinth Egbebo.

The clergyman had attributed the cause of most accidents on Nigerian roads to bad roads created by corruption in government.

“If Nigerians would change their attitude, you will realise that most of these issues being attributed to corruption are not caused by corruption,” the president said.

“Recently, I met with officials of the Federal Road Safety Corps who told me that they had discovered that majority of the road accidents are recorded on good roads.  So you can see it is not a matter of corruption, it is an issue of the people’s attitude,” the president added.

In his tribute to Mr. Azazi, the president, who was accompanied by his wife, Patience, described the late general as a “detribalised Nigerian, who believed in merit and competence.”

“If 50 per cent of Nigerians would behave like late Azazi, believe me, this country will change for the better.

“I had no regret when I appointed him national security adviser; he was a good Nigerian,” Mr. Jonathan said while urging Nigerians to emulate the good virtues of the late Mr. Azazi “who lived a life of service to his fatherland.”

“As we mourn Azazi, let us learn from his lifetime achievements to do what is right for the general good of our nation. Let us begin to pattern our lives in emulation of late Azazi’s life of devotion and dedication to national service,” the president said.

In his tribute, the Rivers State Governor, Chibuike Amaechi, said the Niger Delta and Nigeria had lost a perfect military officer.

He said that the Rivers Government would name a major road currently under construction in Port Harcourt after Mr. Azazi to immortalise him.

“On Monday, we shall put a signpost to officially name the street, a major road we are currently constructing opposite Elekahia, to be named, “General Andrew Owoeye Azazi Street,” Mr. Amaechi said.

The President of the Christian Association of Nigeria, Ayo Oritsejafor, described Mr. Azazi as a man of integrity, whose laudable achievements in national service speaks volume.

“I can say that he is a man of integrity and that is one virtue that stood him out as an accomplished military officer and great leader.

In his tribute, the Chief of Army Staff, Azubuike Ihejirika, who led other service chiefs to the funeral service, described the deceased as a “firm and transparent Nigerian,” who believed in merit.”

“I recall when Azazi was the Director of Military Intelligence; he changed officers’ negative perception of intelligence corps. He was firm, transparent and believed in merit at all times,” he said.

Mr. Ihejirika said Mr. Azazi died with his lofty dreams of a modernised Niger Delta, which would help to transform the region to great economic power.

The funeral service was attended by many dignitaries. They included service chiefs, traditional rulers, and the former governors of Cross River and Bayelsa States, Donald Duke and Diepreye Alamieyeseigha respectively.

Also in attendance was Governor Emmanuel Uduaghan of Delta, as well as some members of the Federal Executive Council and state and federal lawmakers.

The remains of the late Mr. Azazi were laid to rest at the Ijaw National Heroes Park in Yenagoa after a funeral mass conducted by Joseph Opelema of St. Patrick’s’ Catholic Church, Yenagoa.