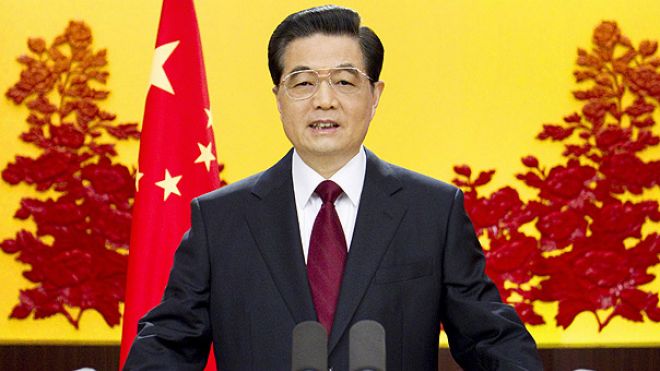 Japan said it used the jets to prevent Chinese planes from flying over its territory.

China is “highly vigilant” about Japanese jet fighter flights over islands claimed by both countries; and Japan must bear responsibility for any consequences, Chinese military and maritime officials said.

The officials spoke on Thursday, a day after a new hawkish Japanese Prime Minister took office.

Japan has sent jet fighters several times in the past two weeks to intercept Chinese patrol planes approaching airspace above the islands.

The situation in the volatile East China Sea region has severely strained relations between Beijing and Tokyo.

“We will decisively fulfill our tasks and missions while coordinating with relevant departments so as to safeguard China’s maritime law enforcement activities and protect the country’s territorial integrity and maritime rights,’’ Defence Ministry spokesman, Yang Yujun, told a news conference.

Japan’s Defence Ministry has acknowledged scrambling F-15 jets on several occasions in recent weeks to intercept Chinese marine surveillance planes approaching the islands, called the Diaoyu in Chinese and the Senkaku by Japan.

Japan said a Chinese aircraft breached what it considers Japanese airspace for the first time on December 13.

The Japanese government administers the islands and purchased three of them from a private owner this past summer, sparking violent anti-Japanese protests across China.

New Japanese Prime Minister, Shinzo Abe, has promised not to yield in the dispute over the islands and boost defence spending to counter Beijing’s growing military clout.

“The Japanese side is using military aircraft to interfere with planes on normal patrol in undisputed Chinese airspace,’’ said Shi Qingfeng, Director General of the Administration Office of the State Oceanic Administration, the agency whose ships patrol disputed waters in the South and East China Seas.

“This is highly unreasonable conduct and the Japanese side is consciously trying to escalate the situation,’’ Shi said at a presentation for Chinese media and diplomats. “The Japanese side must assume responsibility for the consequences.’’

China has been increasingly flexing its military and political influence in the western Pacific, forcefully asserting territorial claims while it builds up its military forces.

“China-Japan defence relations are an important and sensitive part of bilateral ties, and the Japanese side should face up to the difficulties and problems that currently exist,’’ Yang said.