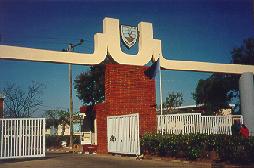 The baby was found near a stream in Jos by a mechanic.

The baby was found at 6 a.m., directly opposite the main campus of the University of Jos by a mechanic, Abubakar Garba.

Mr. Garba said he was about to cross the stream on his way to attend a naming ceremony, when he heard the cry of the little baby by the bank of the stream.

“When I heard the cry of a baby at that odd hour, I got scared, but I mustered the courage to peep into the bank where I saw the baby in a basket.

“The baby was worn a sweater, while a towel was also wrapped around him,” he said.

Mr. Garba said that he called some neighbours who took the baby to Sharna Police Station near University of Jos.

“The police then directed us to take the baby to a nearby hospital where a medical check-up confirmed that the baby was healthy,” he said.

He said that the baby had been taken to the ward head of Angwan-Rogo, Mohammed Sani, for safe keeping.

Meanwhile, the Police Commissioner in the state, Chris Olakpe, could not be reached for comments, but a senior police officer attached to Angwan-Rogo Police Station, who spoke on condition of anonymity, confirmed the discovery of the baby.

The officer said that Mr. Garba had indicated interest in adopting baby before it was later resolved that the baby should be taken to the ward head’s house.

He said that the police had embarked on an intensive investigation to ascertain the whereabouts of the mother of the baby, in order to prosecute her for such cruelty.