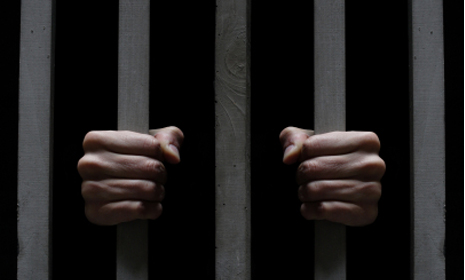 The victim died in police custody due to lack of oxygen contrary to police claims.

Ademola Adedeji, 39, a former distributor at Rite Foods Limited, died in police custody less than 24 hours after he was arrested by his employers for allegedly issuing dud cheques.

A post-mortem examination conducted at the Lagos State University Teaching Hospital, LASUTH, on February 13, revealed that the deceased also had congestion in his liver and brain due to asphyxia.

The autopsy, which was tendered as ‘Exhibit E’ in an ongoing coroner’s inquest, on Wednesday, further revealed an abrasion on the back of the deceased and “a marked fluidity of blood which is as a result of some form of asphyxiation.”

While cross-examining the deceased’s wife, Cecilia Adedeji, in July, the police counsel stated that Mr. Adedeji lasted over one hour after he was rushed to the hospital before he died.

Cyril Ejiofor, the police counsel, also stated that an autopsy report showed that the deceased suffered a cardiac arrest.

Mrs. Adedeji, however, refuted both claims, adding that her husband “does not have any health issues.”

At the Wednesday’s inquest, where Francis Faduyile, who conducted the deceased’s post-mortem examination, was billed to testify; the police counsels were conspicuously absent.

Under cross-examination by the counsel to the deceased’s family, Clement Eko, Mr. Faduyile, an Anatomic Pathologist at LASUTH, stated that the late distributor was ‘Brought In Dead’, a term used to describe a patient who had died before getting to the hospital.

“The (autopsy) report showed that he died of suffocation as a result of inhalation of gas or he is in a place that is highly congested and did not have enough Oxygen,” Mr. Faduyile, who has practiced Medicine for 15 years, said.

“Abrasion is a light wound or peeling off of the top skin. But the marked fluidity of blood means that the blood (did) not clot at autopsy. There are so many things that can cause it, with asphyxia being one of the foremost,” said Dr. Faduyile, while attempting to explain the medical terms in the report.

“Naturally, when blood is let out of the vein or artery, it becomes solidified or clots. But in this case, there (was) no clot in the vessels after death.

“There are so many things that can cause fluidity. When a patient gets suffocated mechanically or through the inhalation of some gases, you can have that fluidity of blood,” said Mr. Faduyile.

“If it (was) mechanical, there are other small bones within the neck region that would be fractured. So we ruled out mechanical,” he added.

The pathologist’s testimony contrasted with those of various police officers who had testified during the inquest and stated that the police cell was airy and thinly populated.

Philomena Enwerem, a Deputy Superintendent of Police, told the coroner during her testimony that the cell condition at Ikeja Police Division “is of the standard of Nigeria cells.”

The inquest was adjourned to December 21.