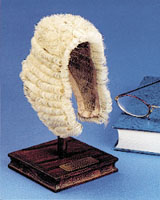 Many magistrates in Abuja are being transferred.

Activities at the Magistrates Courts in Abuja have slowed down following the mass transfer of magistrates within the territory.

Checks at the courts reveal that numerous cases meant for adjudication in the last two weeks have been adjourned to 2013 due to the transfers.

Some police prosecutors were seen processing adjournments for their pending cases, while others have resorted to taking fresh cases to the Area Courts which have been inundated with such cases.

A police prosecutor, Lucas Ephraim, expressed concern at the effect of the sudden transfers on the cases.

“The new magistrates will need to take some time to settle down and that cannot happen before the New Year,” he said.

He said most of his cases had been adjourned to January 2013 due to the transfers.

“Unfortunately, we don’t have any choice than to comply with the adjournments,” he said.