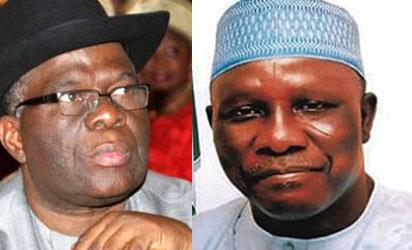 The National Emergency Management Agency says it has concluded its search and rescue operation concerning the naval helicopter that crashed in Bayelsa this afternoon.

It said, in a statement by its spokesperson, Yushau Shuaibu, that six occupants of the chopper were found dead, and that their remains had been deposited in a mortuary.

The agency did not name the victims of the crash but the Peoples Democratic Party has already confirmed that Governor Patrick Yakowa of Kaduna and former National Security Adviser, Owoeye Azazi, were in the helicopter.

The NEMA statement read, “The National Emergency Management Agency (NEMA) has confirmed that conclusion of the search and rescue operation over a Naval helicopter that crashed this afternoon in Nember area of Bayelsa State.

“The operation which involved collaborations of response agencies and volunteers led to the recovery of the bodies of the six passengers on-board the the helicopter.

“While the bodies have been deposited in the mortuary, further details on the victims will soon be announced after their families have been formally informed.