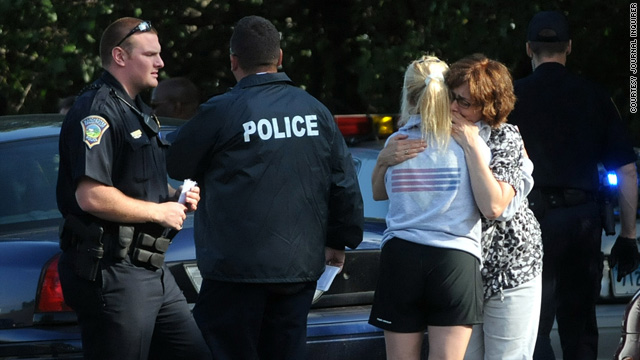 About 18 children were killed by a gunman in the U.S. Photo: CNN

More than a dozen children gunned down in U.S. school

About 18 children were killed by the gunman in the U.S.

A deadly gun attack at a primary school in the U.S. state of Connecticut has left as many as 27 people dead, reports state.

A lone gunman believed to have opened fire on pupils and staff of the Sandy Hook Elementary School in Newtown killing about 18 children.

Unconfirmed reports say the school’s principal and the psychologist were among the dead, Cable News Network, CNN, reports.

The gunman was later shot dead and two guns recovered, the reports said.

Witnesses say they heard over 100 rounds of fire. A news conference is imminent and the State Governor, Dannell Malloy, is said to be on his way.

There has been a surge in gun attacks at public places in the U.S. this year with dozens killed since January.

Details of what transpired at the Connecticut school are still sketchy, but some reports say the gunman was a parent.

Schools in the neighborhood were shut down as a preventive measure, officials quoted in reports say.

The BBC said police arrived at the school soon after 09:40 local time (14:40 GMT), with a full search of the site carried out soon after.

Hours after the incident, testimonies from witnesses remained varied.

Some spoke of hearing the gun shots emanating from different directions, suggesting there may have been more than one attacker, although that could not be confirmed yet.

Sandy Hook School is described as a highly rated school. The school has more than 600 students in classes from Kindergarten to 4th Grade – including students aged from five to 10, the BBC reports.