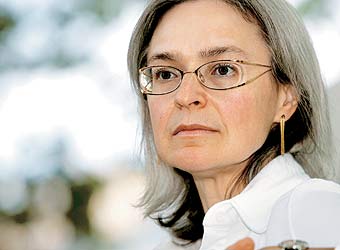 The Russian court found the ex-cop culpable in the journalist’s murder.

A Russian Court on Friday sentenced a former Moscow police officer to 11 years in prison for organising the murder of leading journalist, Anna Politkovskaya.

Prosecutors said that Dmitry Pavlyuchenkov helped carry out the October 7, 2006 murder of the Kremlin critic by purchasing the weapon.

Mr. Pavlyuchenkov had been facing a 20-year prison term, but entered into a plea deal whereby he would receive a reduced sentence in exchange for cooperating with investigators.

Prosecutors had asked for a 12-year jail term.

Mr. Pavlyuchenkov was also ordered to pay three million rubles (N14.7 million) to the family for causing pain and suffering.

Ms. Politkovskaya’s family said they would immediately appeal the sentence, saying they would only accept the 20-year jail term.

The award-winning journalist’s daughter, Ilya Politkovsky, had earlier criticised the plea deal as “a pre-arranged game’’ that would make it more difficult to find out the truth behind the murder.

The motive and identities of the murders have never been firmly established.

However, Ms. Politkovskaya had made enemies with her critical reporting of the Kremlin‘s war in Chechnya.

She was shot in the hallway of her apartment building, an act that unleashed international outrage.

Other suspects in Ms. Politkovskaya’s killing, who was 48 at the time of her death, are sitting in jail awaiting a new trial, after Russia’s top court overturned their 2009 acquittal by a lower court.

They include Rustam Makhmudov, who is believed to have been part of the gang that organised the murder and who allegedly fired the shots.

Mr. Makhmudov is accused of having acted on the order of Chechen businessman, Lom-Ali Gaitukayev, who was in turn directed by an unidentified mastermind behind the plot.

Egyptians in Nigeria vote ahead of Dec. 15 referendum