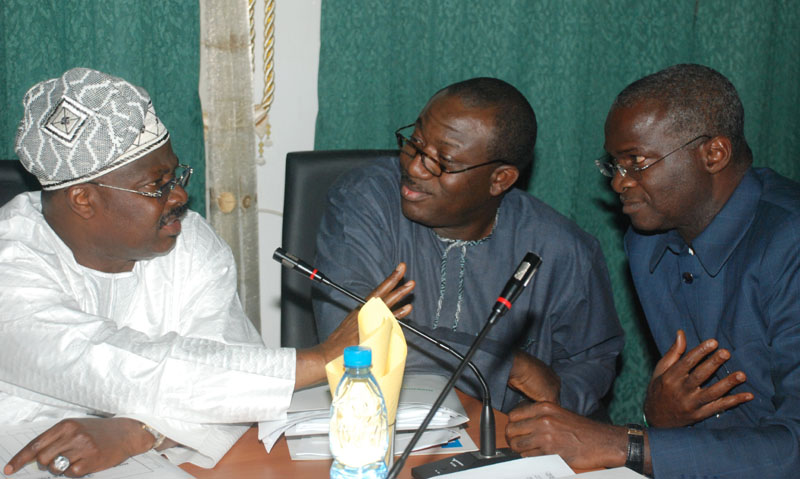 Governors of the 36 states on Tuesday said that they were considering the release of one billion dollars from the Excess Crude Account to help them to meet their financial obligations.

The Deputy Governor of Sokoto, Alhaji Mukhtar Shagari, disclosed this while briefing State House correspondents on the outcome of the National Economic Council (NEC) meeting at the Presidential Villa, Abuja.

The NEC is the highest economic decision making body presided over by the Vice President with all the governors, Minister of FCT and some key ministers as members.

Mr. Shagari said that though they were aware of a pending Supreme Court case on the excess crude account, they would discuss with the Federal Government on how the money could be released.

“As you know the two tiers of governmentand the local governments, normally share the fund.

“We have had discussion fully on the issue of releasing at least, about one billion dollars from Excess Crude Account to help the state governments to meet up their financial responsibilities.

“Most of the states have contracts that are ongoing and that are very important to the people of this country and they need money for all these so that the contractors will not leave.

“There is this matter in court and there is also the demand by the governors that this amount of money be released.

“So, we all discussed and said that this matter is still in court so we still need the intervention of the Attorney-General to advise on what is the best way forward,’’ he said.

Gov.  Ibrahim Dankwambo of Gombe State, who was also at the briefing, said that the council was briefed on the development on the fuel subsidy payments.

He disclosed that so far the government had paid about N881 billion after verification while about N100 billion was still needed for settlement.

Gov. Kayode Fayemi of Ekiti State said that the National Security Adviser, retired Col. Sambo Dasuki, briefed the council on the establishment of security outfits in the states as part of the measures to improve security in the country.

Mr. Fayemi said they were briefed on establishment of vigilante groups, provision of grazing land and abuse of siren by private citizens.

He said the council resolved that the Office of NSA should proceed to collaborate with the states and expedite action as regards stopping the indiscriminate use of siren.

The governor said the states were also directed to submit preliminary action on grazing land to forestall clashes between herdsmen and farmers.