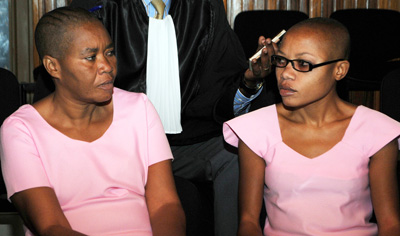 The number of journalists imprisoned worldwide reached a record high this year, a trend driven primarily by terrorism and other anti-state charges levied against critical reporters and editors, according to a new report by the Committee to Protect Journalists.

“We are living in an age when anti-state charges and ‘terrorist’ labels have become the preferred means that governments use to intimidate, detain, and imprison journalists,” said CPJ Executive Director Joel Simon. “Criminalizing probing coverage of inconvenient topics violates not only international law, but impedes the right of people around the world to gather, disseminate, and receive independent information.”

The three leading jailers of journalists were Turkey (49), Iran (45), and China (32), where imprisonments followed sweeping crackdowns on criticism and dissent, making use of anti-state charges in retaliation for critical coverage. This pattern is present in most of the countries in the census. In Turkey, the world’s worst jailer, authorities held dozens of Kurdish reporters and editors on terror-related charges and other journalists for allegedly plotting against the government. Following an extensive case-by-case review in 2012, CPJ confirmed journalism-related reasons in numerous cases previously unlisted by the organization, thus significantly raising the country’s total.

CPJ’s 2012 census of imprisoned journalists identified 232 writers, editors, and photojournalists behind bars on December 1, an increase of 53 from 2011 and the highest since the organization began the survey in 1990. The 2012 figure surpasses the previous record of 185 journalists imprisoned in 1996, underlining a disturbing trend of conflating coverage of opposition groups or sensitive topics with terrorism, evident since 2001.

Rounding out the top five jailers were Eritrea, with 28 journalists in prison, and Syria with 15, the worst abusers of the rule of law. None of the journalists in jail in either country have been publicly charged with a crime or brought before a court or trial. In line with findings over the past five years, a little more than half (118) of those held globally were online journalists and more than a third were freelancers.

“With a record number of journalists imprisoned around the world, the time has come to speak out,” said Simon. “We must fight back against governments seeking to cloak their repressive tactics under the banner of fighting terrorism; we must push for broad legislative changes in countries where critical journalism is being criminalized; we must stand up for all those journalists in prison and do all in our power to secure their release; and we must ensure the Internet itself remains an open global platform for critical expression.”

All of the governments included in CPJ’s 2012 census have received letters expressing serious concern. CPJ continues to advocate for the release of four recipients of its International Press Freedom Award who remain imprisoned: Dhondup Wangchen, a Tibetan held in China, Azimjon Askarov in Kyrgyzstan, Shi Tao in China, and Mohammad Davari in Iran. In 2012, CPJ helped 58 imprisoned journalists from around the world win early release.

CPJ also registered some improvement this year: For the first time since 1996, Burma did not rank among the nations jailing journalists. As part of the country’s historic transition to civilian rule, authorities released at least 12 imprisoned journalists in a series of pardons in 2012.

Of the 27 countries imprisoning journalists, the top 10 jailers were:

CPJ’s annual census is a snapshot of those incarcerated at midnight on December 1, 2012. It does not include the many journalists imprisoned and released throughout the year, which are otherwise documented on www.cpj.org. Journalists who either disappear or are abducted by nonstate entities such as criminal gangs or militant groups are not included in the prison census. Their cases are classified as “missing” or “abducted.”