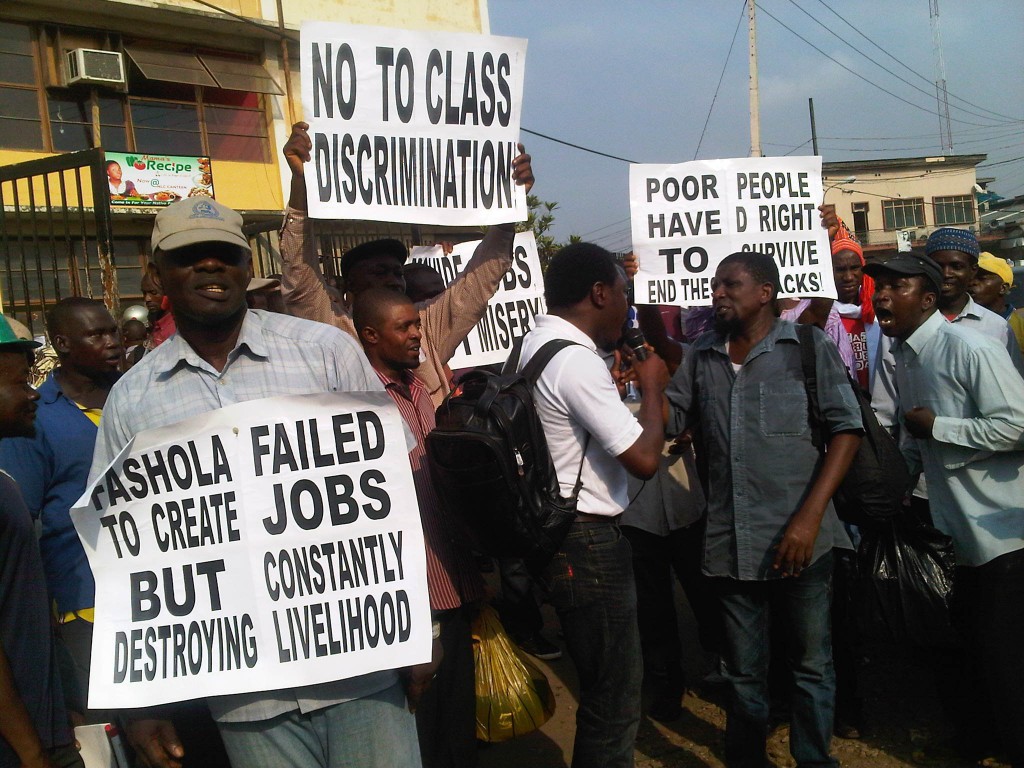 Some protest leaders have been arrested.

There’s a heavy police presence at the Labour House, Lagos, ahead of the planned mass action by civil society groups to protest the “anti-poor and unjust” Lagos Road Traffic Law.

More than a dozen armed police officers, Monday, stationed outside the secretariat to quell the planned protest.

The mass action is to protest the restriction of commercial motorcyclists, popularly called Okada riders, from about 475 inner roads in the state.

Simeon Aremu and Yusuf Oladimeji, Chairman of Ifako-Ijaiye branch of an okada riders union and State Secretary respectively have already been arrested by the police “for distributing leaflets.”

Abiodun Aremu, an activist, said that there is “no going back” on the mass action.

“There’s no law that states that police permission is needed before you can protest,” said Mr. Aremu, Secretary, Joint Action Forum, the organisers of the mass action.

“The first thing they want to do is to instill fear in all of us. We must conquer that fear,” he added.