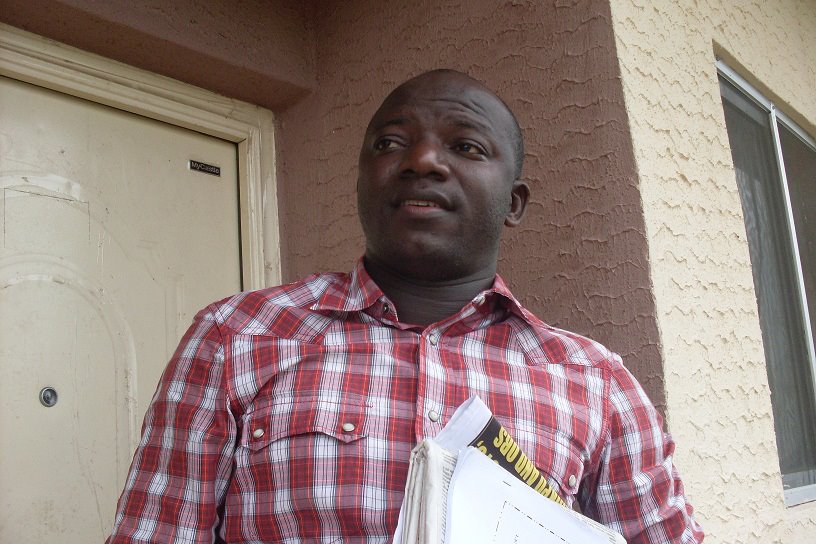 The Uyo correspondent of  The Nation newspaper has been beaten to coma by security operatives attached to Akwa Ibom State Governor, Godswill Akpabio, as he made to enter the venue of a lavish party the governor is hosting in celebration of his 50th birthday.

Five operatives of the State Security Service descended on Kazeem Ibrahym at the entrance of the Governor’s lodge in Uyo.

Mr. Ibrahim and his colleagues were invited by the governor’s media office to cover the event, and it is not clear why the reporter was singled out for harassment.

Multiple sources at the venue told PREMIUM TIMES that while some of the security details rapidly boxed, kicked and slapped the reporter, others repeatedly hit him with batons and guns.

Even when the spokesperson for Governor Akpabio, Anietie Ukpe, rushed out to intervene, the overzealous security details ignored him as they continue to smash Mr Ibrahym.

His colleagues and some guests, who tried to intervene, were warned to stay away or risk being beaten too.

“They did not stop beating him until he collapsed,” one of our sources said.

After he became unconscious, the operatives left him. His colleagues quickly rushed him to an unknown hospital in Uyo.

Mr. Ibrahym’s condition is unknown at this time.

One of our sources, a key staff at the Government House, said few minutes after the incident, the Akwa Ibom State director of the SSS, Toma Minti, rushed to the scene, begging journalists to forgive his men as he would investigate the matter.

The Akwa Ibom State Governor and his spokesperson are yet to comment on the incident.

Messrs Ukpe and Minti could not be reached for comments at this time.

PREMIUM TIMES learnt security operatives attached to the governor are in the habit of harrassing journalists covering Mr. Akpabio.

During the visit of President Goodluck Jonathan to Uyo a few months ago, the same team assaulted journalists causing the Akwa Ibom Chapter of the Nigeria Union of Journalists to threaten a boycott of government activities.

Mr. Akpabio, who is spending several millions of state funds to celebrate his 50th birthday, is not known to have ever called his rude security details to order.

Today’s party is being attended by top members of the Peoples Democratic Party, Governors Theodore Orji of Abia, Rochas Okorochas of Imo, Idris Wada of Kogi, Peter Obi of Anambra.

More governors and top government officials are being expected for a second day of celebration tomorrow.

Subscribers furious as DSTV blacks out in Manchester derby