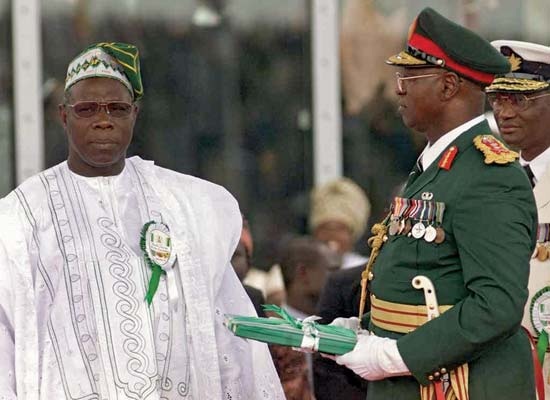 The former president prefers to be called chief Obasanjo.

Nigeria’s former President and military Head of State, Olusegun Obasanjo, Saturday, felt embarrassed at being referred to as General Obasanjo by a Ghanaian journalist.

Mr. Obasanjo travelled to Ghana as Head of the Economic Community of West African States, ECOWAS Observer Mission for the Ghanaian elections held on Friday.

During a press conference held on December 8 at Best Western Hotel, Accra, on the outcome of the election, the ECOWAS Mission presented its preliminary report, which was followed by a question and answer session.

One of the Mission’s recommendations, among several others, was the call for a media framework to “curtail” excesses of the media in election reporting. This is the first time in the history of ECOWAS observation exercise, that such recommendation will be made.

Out of consternation, a journalist in the gallery sought  further clarification on the recommendation regarding the media framework. His question was with a subtle message to the Head of Mission whom he addressed as General Obasanjo. The former president is a retired general of the Nigerian Army.

This was not lost on Mr. Obasanjo who, known for his outspokenness, rebuked the journalist.

“My party calls me Chief Obasanjo. It now depends on which side you belong,” the former president said.

The whole room was thrown into uncontrollable laughter. In response to the request for him to expatiate on the demand for a media framework, the former president said he believes there should be a law to “curtail the excesses” of the Ghanaian media in the reportage of election process.

Mr. Obasanjo as Nigerian President refused to sign the Freedom of Information bill passed by the National Assembly. The bill only became law in May 2011 when it was signed by President Goodluck Jonathan.

The General’s assessment and position contradicts popular verdict of independent, local and international observers of the election. The proactive, efficient, timely, accurate and popular reportage of development at polling units and transmission of verified results for public consumption is believed to be the missing recipe for transparent, popular, free and fair election in many African countries, including Nigeria.

Ghana has over 1500 FM radio stations, community radios inclusive. Correspondents and reporters are in polling units across the country, transmitting certified results live to their stations.

Obviously, this development irked Mr. Obasanjo who would have preferred the Nigerian system where only the headquarters of the electoral commission can announce results, in many cases different from results recorded at polling units.

Sanusi and NLC: Between a “Proletarian” Ethics and a “Bourgeois” Ethics, By Adeolu Ademoyo