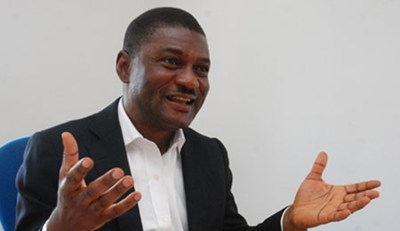 Why Nigeria’s Vision 20:2020 ambition may not be achieved- NESG

Saudi Arabia would hold the posiion Nigeria hopes to attain.

Despite the repeatedly emphasized statements by the Jonathan administration that Nigeria is moving towards becoming one of the 20 largest economies by the year 2020, economists, research analysts, and business executives have said the current direction of the government makes the dream unachievable.

The experts said Nigeria’s dream, tagged Vision 20:2020, may not be realized unless the country demonstrates commitment to embrace reforms capable of accelerating the pace of her economic growth and diversifying her economic base away from oil.

The Director General of the NESG, Frank Nweke, said based on the team’s projections using the International Monetary Fund, IMF, World Economic Outlook database, Nigeria cannot achieve its aspiration earlier than 2035 unless the pace of the country’s economic growth is faster than the current annual average of 7.76 per cent by 2020.

“Saudi Arabia will be the 20th largest economy in the world by 2020, with a GDP (gross domestic product) of US$1.2 trillion in purchasing power parity (PPP),” Mr. Nweke said.

“Therefore, to become the 20th largest economy by 2020, Nigeria needs to close a US$730 billion gap starting now,” he added.

Mr. Nweke said the submission was arrived at by calculating the difference between the GDP of the 20th largest economy in 2020 – which is Saudi Arabia – and Nigeria’s current GDP in 2012 estimated by the IMF as US$450 billion in PPP, pointing out that while Nigeria’s economy would be growing at an annual average of 7.76 per cent by the year 2020 coming from the year 2000, Saudi Arabia would be growing much slower at an average of 4.04 per cent per annum.

And while Saudi Arabia and Nigeria are two oil exporting countries, the difference between the two, Frank Nweke said, is Nigeria’s continued dependence on importation of about $21 billion worth of refined petroleum products, the equivalent of about 8 per cent of 2012 GDP, to meet its local demand capacity.

“Beyond the need to ensure local oil refining capacity in Nigeria, we find a compelling need to diversify away from the mono-productive oil base,” he said.

Apart from its focus on 83 policy thrusts and 132 key performance indicators, KPIs, the report, which analyzed Nigeria’s economic performance in the context of the 2012-2013 World Economic Forum’s Global Competitiveness Report, GCR, monitored the progress in 12 key sectors of the economy including macroeconomic environment, real sector, human capital development, and financial capital and infrastructure.

But President Goodluck Jonathan insists his administration is leading the country on the right path towards realizing set economic goals, as its economic transformation policies are being implemented conscientiously and deliberately to meet this objective.

In the GCR, Nigeria ranks 115th out of 144 countries in terms of competitiveness, which NESG noted as an improvement from the 127th ranking two years ago. Despite the improvement, the country still remains at the bottom 20 per cent of countries surveyed.

Other significant improvements in the country’s rankings were in the areas of macroeconomic environment, which improved from 121st to 39th; labour market efficiency, from 70th to 55th, and financial development, from 84th to 68th.

Similarly, when compared with the BRICS nations of Brazil, Russia, India, China and South Africa, or BRINCS, including Nigeria, the country ranks as bottom of the group in terms of competitiveness.

Though the report noted some positive economic progress in the last 12 months to June 2012, such as the decline in the annual average inflation rate from 12.34 per cent to 11.29 per cent on account of sustained monetary policy tightening by the Central Bank of Nigeria, CBN, it observed that real GDP growth has declined from 7.78 per cent to 7.03 per cent, indicating that the economy decelerated for the 7th quarter in a row since the first quarter of 2011.

Other contrasting developments include the increase in the country’s external reserves from $31.89 billion to $36.72 billion, representing a 15.15 per cent rise driven mostly by international oil prices which rose by 17.04 per cent over the same period and the decline in agricultural sector growth from 5.90 per cent to 4.98 per cent as security and weather challenges continue to stifle activities in the country’s major agricultural zones.

Other negative growths include the oil sector from 2.72 per cent to 0.34 per cent as pipeline vandalism, leakages as well as stalled investments due to the non-passage of the Petroleum Industry Bill, PIB, impacted negatively on oil output as well as the depreciation of the Naira from N149.91 to N154.39 to pressurise the CBN to review its policy month to stabilize the economy.

“Our analysis of Nigeria’s overall economic performance in the last twelve months to June 2012 shows that the economy scored 4.18 points on a 10-point scale. We can interpret this to mean that a distance of 41.8% has been covered in terms of attaining all of the domestic policy targets and global developmental benchmarks observed within the review period. And this leaves a distance of 58.2% yet to be covered. Overall, this present score of 4.18 is an improvement from the 3.93 scored in the same period a year ago,” the report said.

But, speaking during the presidential dialogues session, President Jonathan, who was represented by his deputy, Namadi Sambo, said there has been tremendous progress over the years in the country’s economic development through the transformation agenda of the present administration.

He said the reforms are closely related to the theme of the summit and are being pursued vigorously to address the factors militating against the country’s growth and put the economy in the direction that would lead the country to realize its aspiration as one the 20 world’s largest economies on or before 2020.

“Our growth is in the right direction; with our foreign reserves growing from $32billion two years ago to about $45 billion today, while our GDP is on course. We are addressing those issues – like power supply -militating against the country’s growth. We are addressing the problems of the transportation, which is another major area, by rehabilitating all the abandoned railway systems and building new rail lines.

“We are addressing the issue of roads network in the country. The River Niger dredging has been completed. We are now working on the River Benue dredging. The port reforms are working and we have reduced the tie for clearing goods from about 60 days to less than 7 days today,” Mr. Sambo said.