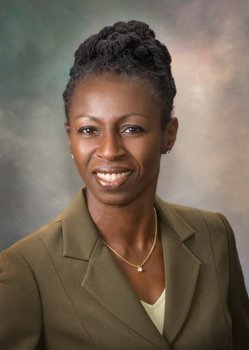 An elated Bunmi Awoniyi said, “Through all of the many lost hours on the weekends and evenings devoted to this process, to see it come to manifestation is truly marvelous."

Ms. Awoniyi, 48, who lives in Elk Grove, Sacramento, has served as a principal attorney with a family law practice since 1994.

Ms Awoniyi was a law clerk at the Law Office of D. Kapp Nees in 1991 and a crown prosecutor at the Crown Prosecution Service in London from 1989 to 1990.

She is a certified family law specialist. She fills the vacancy created by the conversion of a court commissioner position on December 3, 2011. Awoniyi is a Democrat.

A day after the governor’s announcement, an elated Bunmi Awoniyi sent messages to her friends and well-wishers.

She said, “Yesterday I received a call from the Governor’s Office that he had selected me for judicial appointment to the Sacramento Superior Court. The announcement went to press yesterday morning. I could not be more delighted or excited.

“It has been a whirlwind 24 hours the fruit of a yearlong arduous interview and screening process and an application that took me the better part of a year to complete.

“Through all of the many lost hours on the weekends and evenings devoted to this process, to see it come to manifestation is truly marvelous.

“I am humbled and God is so good! It is a new season. I know that most of you were unaware that I was in this process but for those of you that became aware because of the thorough background investigations, I want to thank you for your support.”

Why we postponed election of BOT chairman — PDP