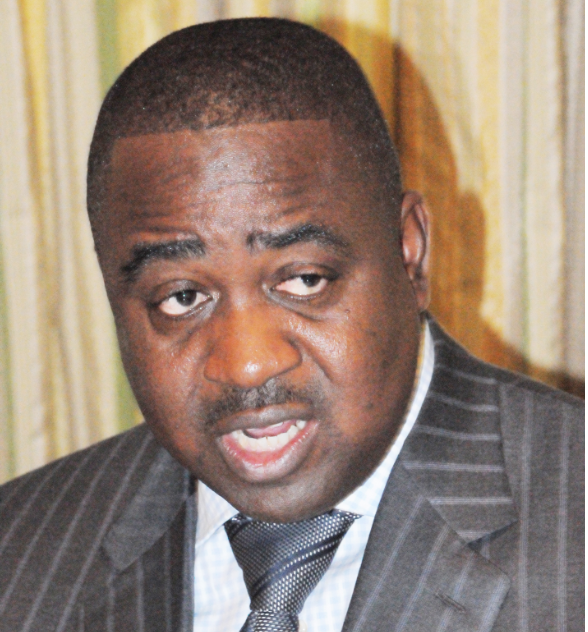 Why HIV/AIDS is highest in Benue — Gov Suswam

Gov Gabriel Suswam of Benue on Saturday said that the prevalence of HIV and AIDS in the state was due to unprotected sex.

Gov Suswam made this known at the commemoration ceremony of the 2012 World AIDS Day in Makurdi.

The governor, who was represented by his deputy, Stephen Lawani, said that new cases of people infected by the disease was a clear indication that unprotected sex still occupied the centre stage in the state.

He advised people to desist from acts that were capable of spreading the disease by avoiding unprotected sex, which was the major avenue of contacting the disease.

The governor said that people should refrain from stigmatising or discriminating against people living with the virus, so that they too could feel free to go about their businesses.

According to him, most people die because of stigmatisation and discrimination.

“People are discouraged to go for voluntary testing due to stigmatisation and subsequently, they start receiving anti- retroviral drugs.

The Commissioner for Health, Dr Orduen Abunku, who was represented by Dr Joseph Kumba, the Director of Public Health in the ministry, urged the state not to continue to rely on foreign aids for health and other needs.

He said that HIV and AIDS response in the state had been largely donor driven.

Mr. Abunku said that donor support to the country could cease some day, adding, “if that happens what will become of the people infected by the disease.’’

The Chairman of the occasion, Mr Andrew Ayabam, said that researchers had always placed Benue first in the prevalence chart.

“The state has always maintained the lead in prevalence, at it recorded 12. 7 prevalence in 2010, the highest in the country,” he said.

He assured of the state government’s commitment to combating the scourge in order to have an HIV and AIDS free-state.

“The government had demonstrated its commitment to combating the epidemic and mitigating its impact by paying its counterpart fund contribution to the World Bank.

“This is a development that has enabled the state access the multi-million naira to fund all HIV and AIDS programmes,” he said.

The state Programme Manager, Mrs Roselyn Odeh, called on all stakeholders to assist in the fight against the prevalence of the disease.

“This is because HIV and AIDS remain one of the biggest development challenges of our time which requires a united and concerted effort from all,’’ Odeh said.

John Otugbo, the Manager, Institute of Human Virology of Nigeria (IHVN), Benue, assured the people of the institute’s relentless commitment to providing support to the state to reverse the situation.

Stephen Yongo , the state Co-ordinator, Network for People Living with HIV and AIDS, appealed to the State House of Assembly to enact a legislation that could stamp out stigmatisation.