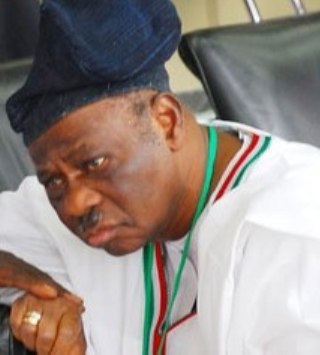 The accused persons are being charged for culpability in the fuel subsidy scam.

The duo had been arraigned on July 26, but the Economic and Financial Crimes Commission, EFCC, notified the court on October 30 of its intention to amend their charges to include Mr. Ogunbambo, “who played key roles” in the alleged fraud.

The fresh charges, a 13-count accused the trio, Nasaman Oil Services, and one Olabisi Abdul-Afeez – who is still at large – of a subsidy fraud of N4.46 billion.

Messrs Ali and Taylor are out of prison, being granted bail after the earlier arraignment by Adeniyi Onigbanjo, the presiding judge.

However, Mr. Ogunbambo, who had also been arraigned alongside Habila Theck and their firm, Fargo Energy Limited, over a N976.6 million fuel subsidy fraud, was denied bail by Mr. Onigbanjo.

Mr. Ogunbambo is notorious for his string of unresolved criminal allegations and ease of assuming multiple identities, according to the EFCC.

After he was denied bail by Mr. Onigbanjo in July, Mr. Ogunbambo approached another judge, Lateefa Folami, who granted him bail.

After the three accused persons pleaded not guilty on Monday, Toyin Pinheiro, counsel to Messrs Ali and Taylor, pleaded with the judge to allow his clients to continue to be out on bail.

The counsel to the EFCC, Francis Usani, urged the court to remand Mr. Ogunbambo in prison pending the trial.

Adebayo Adenipekun, counsel to Mr. Ogunbambo, stated that his client had been trying to negotiate with the EFCC, a reason he adduced for his inability to be present at the earlier scheduled arraignment.

Mr. Adenipekun, a Senior Advocate of Nigeria, said that after they were invited by the commission in October, they were asked to propose a settlement within one week.

Two weeks ago, Mr. Ogunbambo, accompanied by one of his lawyers, was at the EFCC office in Abuja to accept a court service, according to Mr. Adenipekun.

The EFCC counsel, however, said that Mr. Adenipekun’s facts were “not adequately presented.”

He cited the instance of a case Mr. Ogunbambo has before another judge, Adebisi Akinlade, where a bench warrant was issued for his arrest.

“He never came to the EFCC, it is not true,” said Mr. Usani.

“It has been a cat and mouse game to get the defendant,” he added.

Mr. Adenipekun, who noted that this reputation is at stake, placed the blame for the issuance of the bench warrant at the feet of the EFCC.

“We were in Abuja on the 16th (of November) when we heard that a bench warrant had been issued.

“The absence of the defendant in court was at the insistence of the EFCC,” said Mr. Adenipekun, who added that they were assured by the commission that they would “only be in court to take a date.”

“Even if he (Mr. Ogunbambo) stays in the prison for three months, as far as justice is served,” he added.

“This is the liberty of a person at stake; this is the constitutional right of my client. This move for adjournment is made in serious bad faith,” Mr. Adenipekun said.

Mr. Onigbanjo, the judge, said that the priority is for Mr. Ogunbambo, who is remanded in Kirikiri Prison at the order of Mr. Akinlade, to be available for trial.

The judge adjourned the case till November 28 for the hearing of Mr. Ogunbambo’s bail application.

Is Africa Ready And Willing To Go Green?