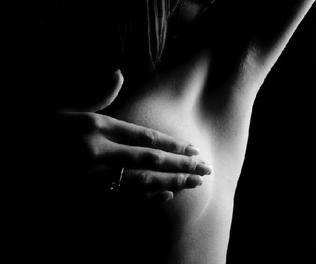 A mother breastfeeding her baby used to illustrate the story

The nipple is missing and lost.

A 28year-old woman, Hawa Musa, of Kurudu village, Abuja, on Thursday told a Karu Senior Magistrates’ Court how her neighbour bite off her nipple during a scuffle.

Hawa in her evidence-in-chief said “I came out of our room that morning to throw away the water I used to wash my face.

“Mistakenly, I threw the water away in front of my neighbour, Anastasia Uche’s, house, who came out and started raining insults on me.

“I told her I was sorry and even swept the area where I poured the water. She then attacked me and tore off my cloths, including my bra.

“As I was trying to run for cover, she grabbed me and bit my nipple.

“I was immediately rushed to the hospital where it was discovered that my nipple was missing,’’ she said.

Hawa said a team have thoroughly searched for the nipple but the nipple was not found.

The accused, Anastasia pleaded not guilty and could also not account for her neighbour’s missing nipple.

Hawa may have to live without one of her nipples as a medical doctor at a hospital in Gwagwalada said that the affected part required disinfection – because it already had pus – before a surgery can be performed next year January.

The Counsel to the accused, Michael Ejeh, was not in court and no reason was given for his absence.

The prosecutor Pascal Njoku, told the court that the offence contravened Section 241 of the Penal Code.

The case was adjourned to December 10, for the defence to open its case.