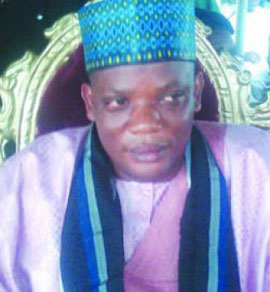 The Speaker of the Kogi State House of Assembly has resigned.

The crisis in the Kogi State House of Assembly was resolved on Wednesday as the embattled Speaker, Abdullahi Bello, resigned from his job.

The resignation brought some calm after a long period of tension in the house.

A new speaker, Lawal Momoh-Jimoh, was subsequently elected as the new speaker in a unanimous vote by all the 22 members in attendance at the plenary sitting presided over by the Deputy Speaker, Emmanuel Omebije.

Mr. Omebije read the letter of Mr. Bello’s resignation as the Speaker of the House with effect from November 21, for “personal reasons.”

Mr. Bello thanked members of the House for the support accorded him during his tenure as the Speaker from June 2011 till his resignation

A vote of confidence was passed on all the former principal officers of the House as they retained their seats.

However, Saidu Salihu relinquished his position as Chief Whip to Suleiman Babadoko.

Mr. Omebije then read out the names and signatures of the 22 members in the plenary session who adopted Mr. Lawal as the new Speaker of the House.

A motion to that effect was moved by the Majority Leader, Yakubu Yunusa, and seconded by the new Chief Whip, Mr. Babadoko.

In his acceptance speech, Mr. Lawal solicited for the support and cooperation of the members and congratulated them for coming out of the crisis stronger.

“The event that led to my election today has so much threatened our unity. Sacrifices have been made and compromises reached to bring us to where we are today.

“They are worthwhile sacrifices and compromises. The unity of this House is key to the progress and development of the state and must be jealously protected.

“We must not allow the experience of the past couple of weeks to stagnate us and therefore rob us of a brighter future,’’ he said.

The Kogi Assembly crisis had culminated in a controversial impeachment of Mr. Bello and the principal officers of the House by 12 of its 25 members in a secret meeting on October 16. The minority lawmakers, who carried out the impeachment, allegedly did so on the orders of the state governor, Idris Wada.

The impeachment was condemned by civil society groups, the National Assembly, and lawyers; and described as an illegality.