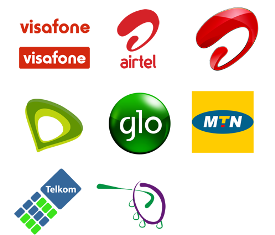 The National Association of Telecommunications Subscribers, NATCOMS, on Wednesday called for a total overhaul of the Code Division Multiple Access, CDMA, sector of the telecom industry for better service delivery.

The NATCOMS President, Deolu Ogunbanjo, said in Lagos that the troubled CDMA sector was only struggling to survive the stiff competition in a GSM-dominated market.

Mr. Ogunbanjo said the Nigerian Communications Commission, NCC, should assist the CDMA operators to reposition themselves to make them compete favourably with the GSM operators.

He said that CDMA operators had found it difficult to survive the stiff competition in the industry.

“For some years now, CDMA operators have been at a disadvantage to compete with other telecommunications companies as a result of low capitalization,” he said. “Poor promotion of CDMA technology, subscribers’ preference for GSM telephones, and corporate governance issues has also seen the fortune of CDMA falling.”

Mr. Ogunbanjo said that the proposed merger of Multilinks, MTS and Starcomms to become CAPCOM could be a wind of change and a lifeline for the troubled CDMA sector.

The President, Association of Licensed Telecommunications Companies of Nigeria, Lanre Ajayi, blamed the inability of CDMA operators to compete with the GSM on the low scale of their operation.

“When you operate on a low scale in the same industry with people on a bigger scale, you are prone to be at a disadvantage,” Mr. Ajayi said.

He said the capital of CDMA operators is relatively small compared with the capital-intensive GSM operators.

“To that extent, the unit cost of production of service will be a little bit higher because you operate on a lower scale and that makes you uncompetitive,” Mr. Ajayi said.

He said the merger of some CDMA operators was an attempt to scale up their operation.

Mr. Ajayi said it was good that the troubled CDMA operators had identified their weaknesses and were now ready to scale up.

“I believe that the proposed plan to merge will make them grow bigger and compete favourably with the GSM operators,” he said.