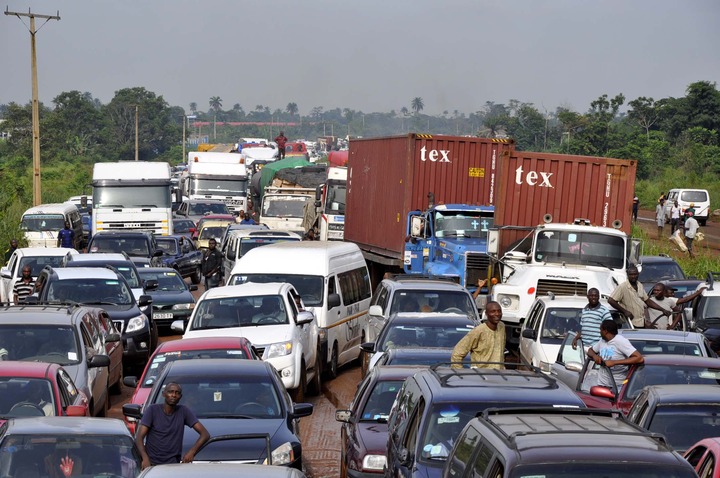 The government said the road is now to be repaired by Julius Berger and RCC.

The Minister of Works, Mike Onolememen, announced the revocation to journalists and said the decision was informed by Bi-Courtney’s violations of the contract terms, particularly its failure to secure needed funds for the job.

The road will now be constructed by firms, Julius Berger and RCC, the minister said.

The announcement seemed surprising to many who, though, had long anticipated a cancellation of the contract , were frustrated by a hesitant government response that tolerated Bi-Courtney’s failings for more than three years.

Still, the clearest of indications the contract would be reversed came on Sunday, during President Goodluck Jonathan’s media chat, where he declared the failure would not be allowed to continue. The president said the government was about to take a “definite” position on the matter.

Under some of the most lavish concession terms, the Build Operate and Transfer agreement authorized Bi-Courtney to construct the more than 135 kilometre road and run it for 25 years, at the cost of N86.5 billion.

The agreement entitled the company to revenue recoup rights, stretching from charging food vendors on the road to vehicular tolling.

Despite the extravagant terms and a raft of ambitious safeguards stipulated in the agreement against violations, the road remained unfixed, and yet, Bi-Courtney drew no rebuke from the government.

Instead, both sides intermittently accused the other of being responsible for the delay in a prolonged wrangling that proved deadly to commuters for years.

Part of the terms, reviewed in an exclusive report by PREMIUM TIMES, for instance, qualified such delay for over N30 billion in fines to be paid by Bi- Courtney to the federal government.

For each day the road was left unconstructed, the agreement said, the company was to pay a penalty of N100 thousand per kilometre, and same for a square meter of an unconstructed bridge along the route.

Where the government was liable for the delay, the company was to get commensurate time extensions, alongside a defraying of the inflationary cost on the initially agreed construction cost.

However, while both sides blamed the other for the delay, none planned to press for the reliefs.

When the PREMIUM TIMES report was published September, Bi-Courtney said penalties were not as literally stated in the agreement, and denied responsibility for the delay.

“People think it’s all Bi-Courtney’s fault, but it is not,” company spokesperson, Dipo Kehinde, said then. “There are many factors and interests disrupting the flow of our work.”

Yet, the company made no effort to press for a due extension of time if it believed the government was responsible for the delay.

When reached via phone Monday, Mr. Kehinde said a formal position of the company will be issued later. He would not confirm whether the company planned to seek judicial intervention.

The minister, Mr. Onolememen, said immediate construction of the highway was now underway and will be partly handled by Julius Berger and RCC.

“Due to the senseless carnages on this important expressway which is part of Arterial Route A1, the Federal Government has also decided to embark on the emergency reconstruction of the expressway,” the minister said.

“While Julius Berger would handle section 1: from Lagos to Shagamu interchange, RCC Nigeria Limited will be responsible for section II: from Shagamu to Ibadan,” he added.