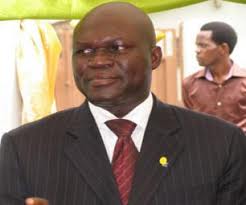 The president put a dent on Mr. Abati, his official spokesman’s credibility.

During a media chat that lasted just under 2 hours, the president contradicted what his aides, particularly his Special Adviser on Media and Publicity, Reuben Abati, said on the issue of power, the first lady’s health, and security.

On Wednesday, November 14, Mr. Abati released a press statement to the media on behalf of the president in which he said the president cancelled the transmission contract given to Manitoba.

“Mr. President has cancelled the Manitoba power contract with immediate effect,” Mr. Abati said in the statement, a claim Mr. Jonathan has denied.

“Manitoba contract has not been revoked,” the president said, explaining that his administration observed that the company “did not follow the law strictly,” when it got the contract.

Manitoba Hydro, a Canadian state-owned firm, emerged the highest bidder, in April, to manage Nigeria’s transmission network, under the Transmission Company of Nigeria, for three years. The company was initially expected to resume in September.

Instead of resuming, Mr. Abati announced that the contract has been cancelled. Mr. Jonathan has, however, said the contract was not cancelled but is being regularized as due process was not fully followed in the award.

After reports emerged that a man claiming to be a spokesman for the dreaded Boko Haram made a call stating the group’s willingness to negotiate with the Federal Government under some conditions, Mr. Abati again said the government was already having some form of discussion with the Boko Haram group.

On Sunday, August 26, Mr. Abati told State House correspondents that the government was in talks with the Boko Haram through “backroom channels.”

“When government says it is already talking to Boko Haram, the form of that dialogue must be properly understood.

“The form of the dialogue is that backroom channels are being used to reach across with the sole objective of understanding what exactly the grievances of these persons are,” Mr. Abati said.

Three months later, on Monday November 12, Mr. Abati again confirmed to Punch Newspapers that the government was in talks with the sect.

“I can confirm to you that talks are ongoing at the background. But the talks are not the kinds being envisaged by Nigerians,” Mr. Abati said. “The ongoing talk is a back channel one in which those who know members of the group are talking with them on behalf of the government.”

“There is no dialogue between the Boko Haram and government,” Mr. Jonathan said during the media chat.

“Boko Haram is still operating under cover, they wear masks, there is no face. They operate under cover. No dialogue that is going on anywhere,” Mr. Jonathan said.

The President also confirmed that the first lady, Patience Jonathan, was ill and treated abroad contrary to presidential aide’s claims that she only travelled abroad to rest.

Ayo Osinlu, a media aide to Mrs. Jonathan, told journalists on September 3 that the first lady was not sick but travelled out of the country to take a “moment’s rest.”

“If you look at her itinerary in August, you would be wondering how she was able to accomplish that. In the course of this week, she will be back home. But remember, it all depends on her plans,” Mr. Osinlu told Punch Newspapers.

Mr. Abati also denied the first lady’s illness describing it as a rumour.

“(illness story) was a rumour and there is nothing like that,” Mr. Abati said.

Mr. Jonathan has refuted the claims by both aides.

“She was ill, she received treatment,” Mr. Jonathan said of his wife’s trip to Germany.

“When she returned, she had to further recuperate,” the president said while explaining the first lady’s seeming absence from public glare since her arrival in the country on October 17.

Danny Jordaan, others for Eko 2012 seminar