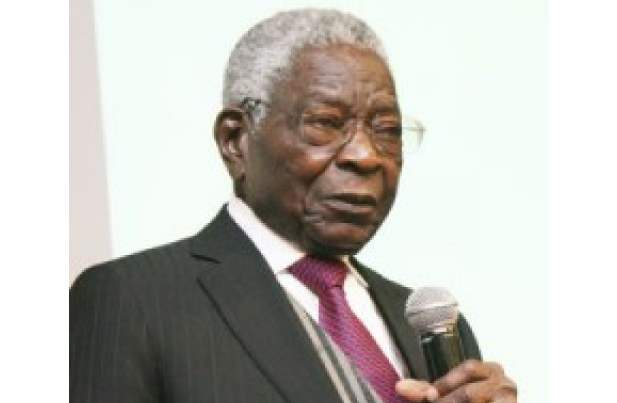 The late justice died at the age of 87 in England

A former Chief Judge of Lagos State, Samuel Ilori, has described the death of retired Justice Kayode Eso, as a huge loss to the country’s judiciary.

Mr. Eso died early Friday morning in London at the age of 87.

Mr. Ilori described the deceased as one of the best justices the country has produced, and said the loss is irreplaceable.

He said three major qualities stood the departed out as a jurist- his uprightness, unquestionable integrity, and vast knowledge of the law.

“When it comes to legal knowledge, Eso was one of the very best,” he said.

A Lagos based lawyer and Senior Advocate of Nigeria, Yemi Candide-Johnson, expressed sadness at the demise of the late judge.

“I have known the late Justice Eso personally since I was a child, and can say to a large extent that the judiciary has suffered a great loss. He was a man who represented a historic perspective of the Nigeria’s judicial system, and a true legal icon.

“He lived a life worthy of emulation, and so, it is expected that other justices take hints from his life style,” he said.

A former president of the Nigerian Bar Association, Rotimi Akeredolu, described the death of Mr. Eso as shocking and sad.

“The news of the demise of yet another national icon, retired Justice Kayode Eso, is sad indeed.

“He bestrode the legal firmament with unequalled gusto. His contributions to our jurisprudence remain invaluable.

“He was a consistent advocate of a corrupt-free judiciary, nay, society,’’ Mr. Akeredolu said.

The former bar president, candidate in the last gubernatorial election in Ondo State, said that the late jurist would be remembered for his courage and activism on the Bench.

“His outstanding pronouncements on the Bench, and lately his courage to alert the nation on the incursion of the virulent virus of corruption into the judiciary, marked him out amongst the great jurist and men of his time and age,’’ he said.

60-year-old killed with machete in Ogun