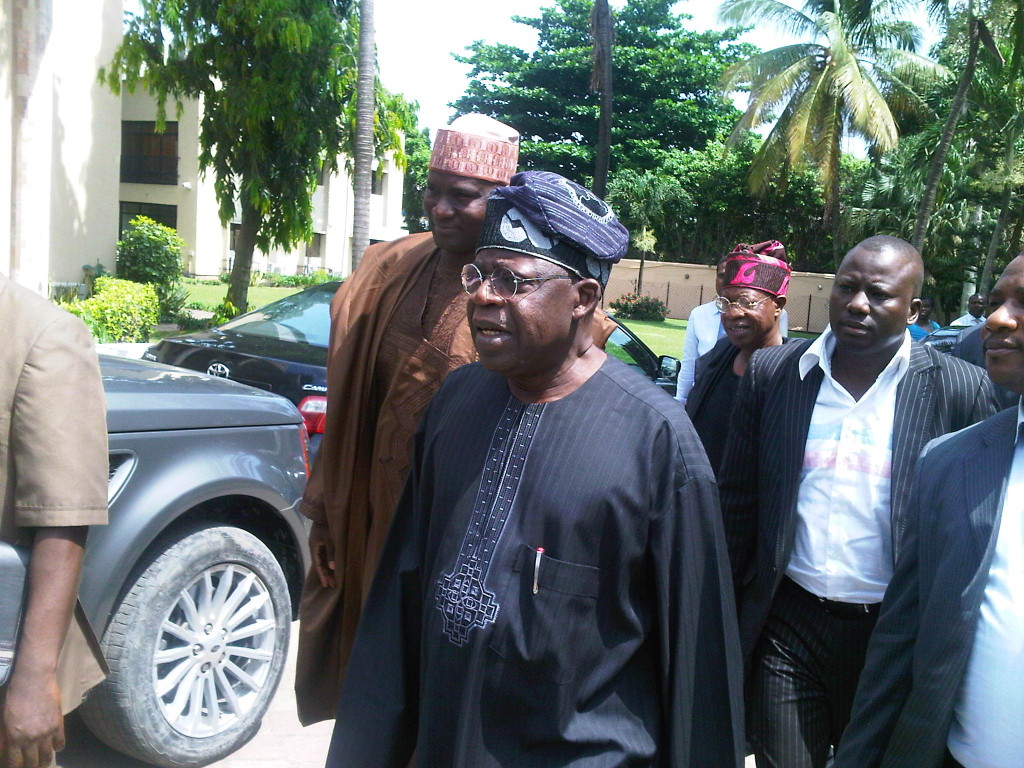 The remains of the late godfather of Kwara politics, Olusola Saraki, left his Ikoyi residence at 2.20 p.m. and began his last journey to his home state.

Mr. Saraki, 79, battled cancer for many years, according to his son.

A few hours after his death was made public, sympathizers began to pour into the late senator’s Cameron Road residence, Ikoyi.

A leader of the Action Congress of Nigeria, ACN, Bola Tinubu, was among the few politicians who came to pay their last respects in Lagos.

Mr. Tinubu described the deceased as a national hero who contributed immensely to the political emancipation of Nigeria.

“The ability to adapt and to develop political platforms to endure is part of his legacy, and his understanding of the Nigerian political terrain,” Mr. Tinubu said.

“As a political leader and as a welfarist, there’s no doubt that the philanthropic character of Dr. Olusola Saraki will be immensely missed,” Mr. Tinubu added.”There’s no way that heroes will remain forever. They die, all we can do is pray for repose of their souls,”

Mr. Adebayo described the deceased as a great politician who spawned a new breed of politicians” to take over his legacy.”

Mr. Belgore said that the history of Kwara will not be complete without Mr. Saraki’s “towering influence.”

“A man who politically defined his era, a political strategist who was unique in his brand of politics,” Mr. Mohammed said.

By the time Mr. Saraki’s remains left his Lagos home in the afternoon, 38 people had signed the condolence register at the entrance to the house.

One of them, a former Lagos State Deputy Governor, Kofoworola Bucknor-Akerele, wrote “Erin wo (The elephant has fallen). The end of an era.”

Reparations: What Nigeria Owes the Tortoise, by Pius Adesanmi