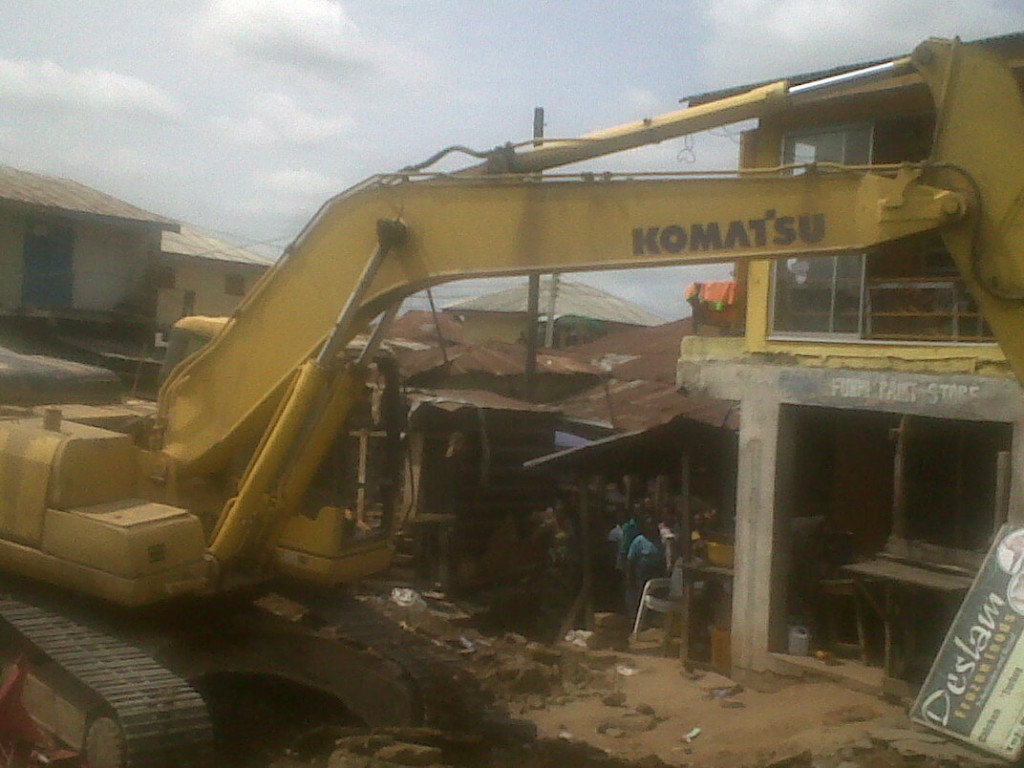 A CARTERPILLAR AT ONE OF THE DEMOLITION SITE

Buildings in various area of Abeokuta, Ogun State were demolished on Sunday.

The Ogun State Government, Monday, continued its demolition of some houses in Abeokuta, the state capital to create room for expansion of some roads in the capital.

Despite the pleas of some house owners and residents, the government continued with the demolition which started on Sunday.

The state government had given residents and owners of the affected buildings a deadline to evacuate the affected houses.

Several residents were seen scampering to salvage their belongings.

PREMIUM TIMES learnt that some of the affected landlords have been issued cheques.

Last week, traders at the popular Itoku market in the town passionately appealed to governor to give them more time to find alternative places to go to sell their wares. The pleaded that their market not be demolished till after the Yuletide season

The government did not yield.

The residents said they will be homeless and it will take a long time before they get back on their feet.

But some other residents said the demolition and the eventual expansion of the roads will lead to further development of the state.